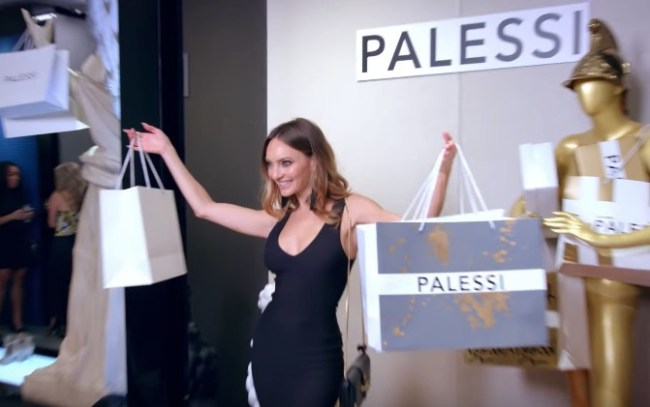 As it turns out, I’m definitely not alone in never thinking about Payless and the company realizes this. They recently ran an experiment designed to show that their shoes are actually legit and the brand’s slip into obscurity has been a lot about perception and not quality.

Payless opened a fake luxury shoe store in Los Angeles and held a launch party with a bunch of influencers who bought the $40 shoes for as much as $600/pair. They later returned the money to the influencers after the experiment was over, but they brought in $3,000 selling $40 shoes in a matter of hours because these high-end fashionistas were spending $$$$$ on Payless shoes.

For the experiment, Payless took over a vacant high-fashion store, invited a bunch of influencers, and asked them how much they’d spend on the shoes. They named the new store ‘Palessi’ and it was all a ruse to show how branding can drastically influence how much we’re willing to pay for an item. This is 100% true with wine due to the ‘Pricing Effect‘ and as we see here, its’ also true with shoes.

Those that attended the exclusive party paid between $200 and $600 for Payless shoes that typically run up to $40. Payless, as Palessi, sold $3,000 worth of shoes in hours within the opening.

Other influencers remarked on the look of the shoes, the quality of the material, and were overall impressed by the Payless shoes.

It seems like the ultimate goal for Payless here was to create some engaging holiday branded content, ads that they can run to show people their shoes are pretty great when framed right. They 100% succeeded in that goal by convincing the supposed trendsetters that Payless shoes were worth hundreds of dollars when sold at a luxury boutique.

Will this lead to record sales and profits for Payless during the 2018 Holiday Season? Doubtful. I couldn’t even tell you where the nearest Payless is to my house. If I’m looking to save money on shoes I’m still going to DSW or somewhere like Nordstrom Rack or Sak’s Off Fifth.

Regardless of whether or not this changes my shopping habits it’s still pretty fun to see Payless pull this prank on influencers and trendsetters who take themselves so damn seriously.