‘Peaky Blinders’, Which Premieres In The UK This Weekend, Has An Official Netflix Release Date 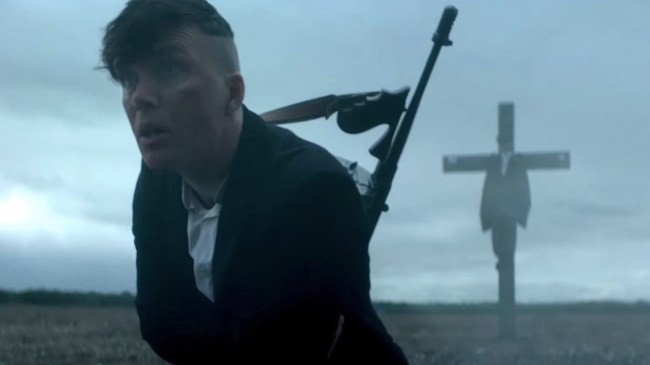 After last airing in the United States back in late 2017, Peaky Blinders — truly one of the best shows on television — is finally set to make its triumphant return.

Set to premiere its first two episodes (titled “Black Tuesday” and “Black Cats”, respectively) in the United Kingdom this weekend, the fifth “series” of the Stephen Knight period gangster drama sees Tommy Shelby — portrayed by the always enthralling Cillian Murphy — begin his life as an MP for Birmingham.

And now, as the show is set to air in the UK, we know that all six episodes of the fifth season of Peaky Blinders will air in the United States on Netflix on Friday, October 4 (which is the same day Joker comes out, making for a hell of a pop culture weekend).

The fifth season of Peaky Blinders — which is set to kick off with the Wall Street crash of 1929 — is shaping up to be the best yet, at least according to series creator Stephen Knight, who told a packed crowd at the London premiere that season five will be filled with “shocks and surprises” and promises that the show “gets better and better”.

At that same premiere, Knight also discussed some of the themes we can expect to see explored in season five:

“There’s the rise of nationalism, populism, fascism, and racism — the huge sweep across the world, and you look at the world now and what I hope people might take from this is what was the consequence of when it happened last time?” Knight said.

Season five of Peaky Blinders sees the entire main cast return, with the introduction of Sam Claflin’s Oswald Mosley — a real-life politician who was the leader of the British Union of Fascists — as the primary antagonist.