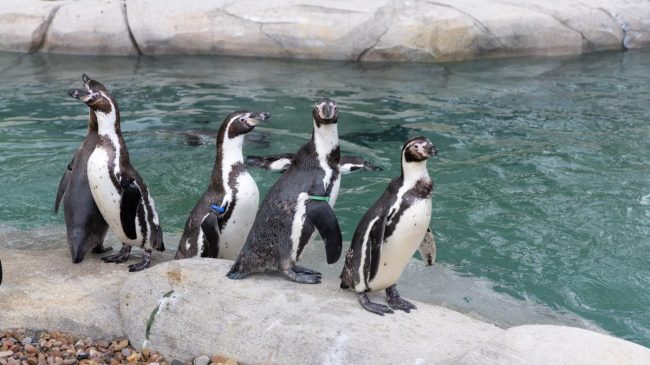 Some picky-eating penguins in a Japanese aquarium are not happy with the cheap fish options being put on their plates.

With rising inflation costs in the area, combined with a lower catch yield, this particular venue is being forced to purchase a cheaper type of fish than previously used. Rather than the get the typical Japanese horse mackerel, penguins at the Hakone-en Aquarium are having to scarf down a mackerel that can be purchased at a much lower price.

And they’re not liking it very much.

In fact, the penguins are starting to turn the food away, refusing to eat the fish when given by aquarium staff.

When given the meals, the flightless birds are either dropping it from their beaks or turning their noses up at the entrees completely. Some nerve.

Facing soaring inflation, a Japanese zoo has resorted to offering cheaper fish to its sea animals. The penguins are very unimpressed, refusing to even look at them. The otters are throwing the offerings aside. pic.twitter.com/mUtKGNh3Mz

The aquarium has gotten the same type of resistance from its otters.

Aquarium head Hiroki Shimamoto spoke on the recent menu changes and the difficulties that have come with it.

“They take it into their mouths at first, but then they decide they don’t like it and drop it. They sense something is off.”

So, how does the company deal with the disapproval from its animals? Right now, there’s not much they can do other than resort back to what was served before.

“For the ones who refuse to eat the new fish, we just give them what they used to eat.”

While the issue of inflation certainly isn’t one to laugh at, seeing the reactions of these penguins surely led to some funny reaction on social media.

me getting attention from someone other than my crush https://t.co/wt3xrTvgv3