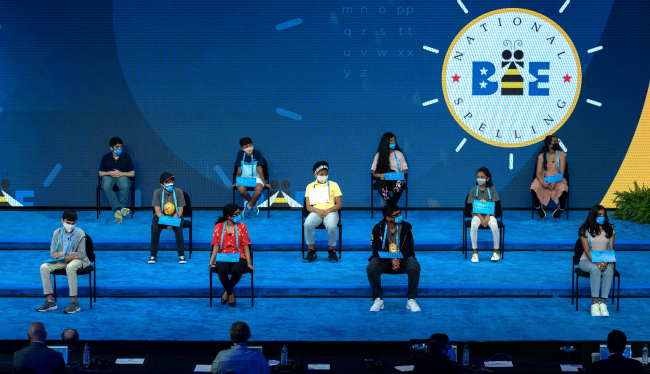 For the first time in almost three decades, the Scripps National Spelling Bee will not be aired on ESPN. Instead, the 2022 national competition will be shown on two Scripps owned networks, on ION and Bounce.

And people are not happy about it.

According to a press release, “The Scripps National Spelling Bee will air live on two of America’s most popular broadcast television networks in 2022, making it accessible to the widest audience in its nearly 100-year history.

“The 2022 national competition on June 2 will mark a new chapter for the Bee as it makes its primetime debut on ION and Bounce, available free and over-the-air to viewers as well as on cable and streaming. Scripps Networks will announce full broadcast schedules and streaming plans in early 2022.

“ION, the No. 5 most-watched entertainment network in primetime, and Bounce, America’s first and No. 2 most-watched African American-focused over-the-air network, are each available in nearly 120 million households across the country.”

The fifth most-watched entertainment network in primetime? What does that even mean?

“The Scripps National Spelling Bee is a beloved American treasure enjoyed by generations of participants and viewers annually. The time is right to bring the iconic competition back to broadcast television, the media platform accessible for free to nearly every American viewer across the country,” said Scripps President and CEO Adam Symson. “As the Bee’s viewership expands through the diverse and fast-growing audiences of ION and Bounce, it is better positioned to connect with the next generation of spellers watching along.”

Dr. J. Michael Durnil, executive director of the Scripps National Spelling Bee, added, “Now we will have a chance to share more of those inspiring stories with new viewers and the growing over-the-air and connected TV audiences.”

Fans of the Scripps National Spelling Bee immediately took to Twitter to express their displeasure with the news.

The spelling bee is about to be forgotten about..... https://t.co/CGL4VhbN5A

Today is the first day I've ever heard of either. 😳

So... they want less people to watch?

Ion and Bounce? Viewership will be in the dozens!

This is really really bad for the Spelling Bee for a plethora of reasons. https://t.co/IXO0PLdpW4

They wanted to reach a wider audience by moving to ION?

It’s not all bad though. At least since ION and Bounce are apparently over the air networks all the olds who still use antennas and don’t pay for cable or streaming can now watch it. That’s a big win right there. Advertisers love that audience.