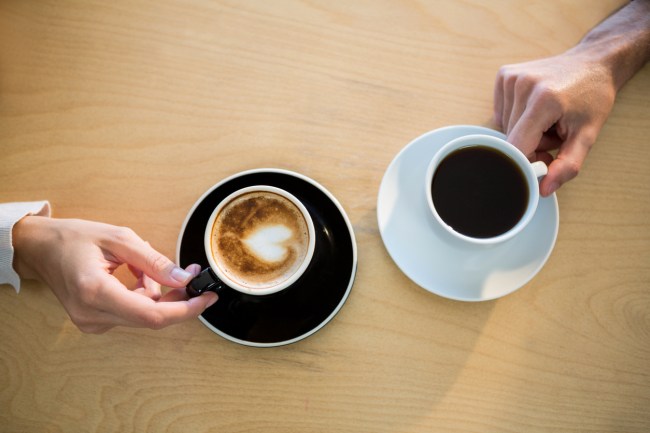 Coffee keeps the entire world from erupting into a shitstorm of violence and wicked upheaval. Take this high octane concoction of caffeinated enthusiasm out of the mix and those zombie-faced members of the daily workforce will come out in protest, wielding hatchets, dull butter knives and the shattered edges of that mug in the break room branded with the phrase “I don’t do mornings.”

It’s true. In a quest for so much as a coffee bean to gnaw on before the A.M. staff meeting, these seething, yellow teeth bastards would not stop their wrath of violence until only those with a black market java connection were left to tell the tale of the jolt junkies who lost their shit. The headlines that would follow this horrific stand against a system hell-bent on Putting America Back to Sleep Again would surely label them the Decafopaths, and the narrative for the next several days or so would be about how a simple coffee shortage turned average, working-class citizens into a stark-raving lunatics.

It’s a good thing nothing quite this savage is likely to happen anytime soon. There is plenty of coffee to keep the population functioning at maximum capacity and the powers of the federal government seem to understand they would be castrated in the streets if they ever tried to impose a war on America’s favorite drug.

But wouldn’t it be nice to identify the psychopaths in your workplace just in case the office manager forgets one day to restock the community Folgers can? It turns out this is relatively easy to do by monitoring how people take their coffee. According to a study published in the journal Appetite, beware of those who drink it black, for they are the ones most likely to have psychopathic traits.

Researchers at the University of Innsbruck is Australia conducted a study a few years ago that revealed a correlation between psychopathic behavior and a taste for bitter food, such as black coffee.

To come to this conclusion, scientists grilled 1,000 adults over their food preferences and followed that up with a series of personality tests designed to identify narcissism, psychopathy and aggression. They found that people who enjoy bitter flavors (radishes and tonic water) often exhibited signs of psychopathy and sadism. What’s worse is these tendencies could “become chronic” and worsen in time,” the study found. And if that happens, watch the fuck out.

We all know someone who drinks black coffee. Hell, I drink black coffee exclusively (Ki Ki Ki, Ma Ma Ma). But what does it really mean to be a psychopath? Most people confuse the terms psychopath and sociopath when referring to serial killers and other batshit crazies of the mad world. However, while the two “antisocial personality” disorders are similar, the difference is determined by a person’s conscience. A psychopath is completely without one. They do not have any feelings of guilt or remorse, while a sociopath understands right from wrong and often can even feel apologetic for doing harm. 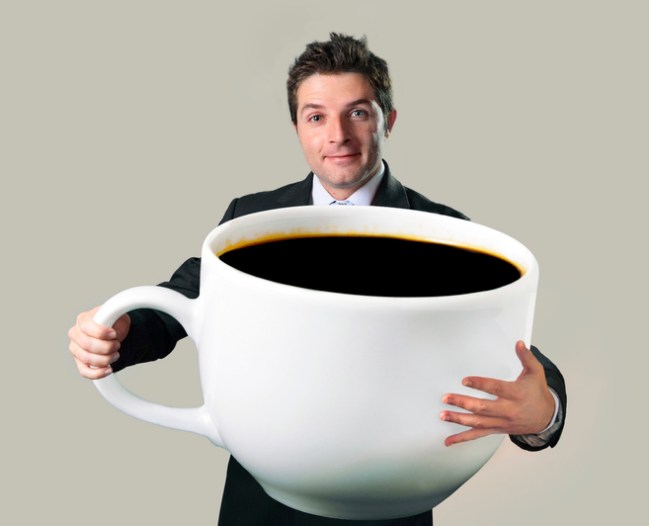 Interestingly, while we often think of psychopaths as being the ruthless killers portrayed in the movies, not everyone with this disorder has a propensity for violence. In fact, only the worst of the worst would ever carve someone up like a Thanksgiving ham. But that doesn’t make these scoundrels any less dangerous to the whole of civil society. Psychopaths are typically evil master manipulators that will do whatever is necessary to get what they want. Even if that means slaughtering co-workers with shards of ceramic mugs during a coffee shortage. Let’s call it Death by 1,000 Coffee Cups.

It is important to point out that a preference for black coffee doesn’t necessarily mean a person is a psychopath. If we’re being honest, the real psychos are the decaf drinkers and those who aren’t using caffeine at all. These people should not be trusted, as anyone who shows up at the office greeting people with an enthusiastic “good morning” without one or more powerful stimulants humping their central nervous system into a jittery mess is in no way normal. Those are the dastardly fuckers who will eventually be found with corpses stuffed inside their crawl space.