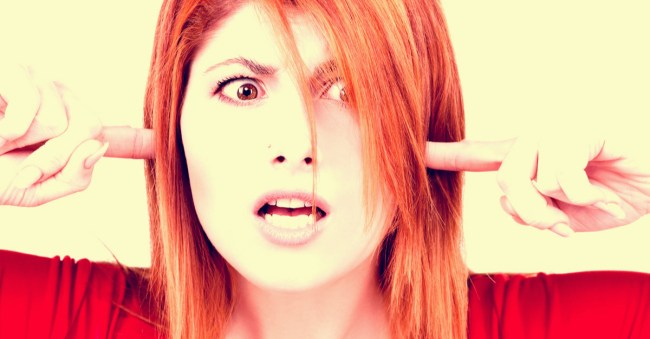 Want to know what NOT to do with your life? Just do the opposite of what these poor people revealed was the worst advice they’ve ever received.

Oh, and especially ignore the advice if it comes from your family or friends, because based on the advice these folks over on Reddit shared, they’re all pretty much either out to get you or just plain idiots. (This is especially key around this time of year.)

In the early 70s I decided to major in computer science.

I was visiting a friend, and his mother asked…”what are you studying?”

I said computers, and she replied…”that’s a mistake, there’s no future in computers.”

Evidently she worked in old-school data processing and her company was having lots of layoffs. ~ MpVpRb

Take classes you love. Do not worry about grades. Just have fun.

4 years later and 100s of rejections from potential employers I can safely say that was the worst advice I ever got. ~ lenoxhill

When I was little I told my mom I was sad because some kids were bullying me. She said I should tell them that when they bullied me it hurt me inside, and they would stop. I did what she said. This was bad advice. They did not stop. ~ Doot_doot

I was told to stay with my ex because “If you love God and love each other, that’s all you need!”

Yeah, no. Turns out that actually having things in common besides religion does matter. ~ table_fireplace

When you’ve been pulled over, don’t wait for the officer to approach the vehicle. Instead, exit the vehicle and approach them first. Yeah, that one almost got me shot. ~ coffbr01

When I was a kid I really wanted to be an attorney. One day, we had an attorney address our careers class in 9th grade. He spent the entire time telling us how impossible it was to get into law school, how few law schools there actually were, and how if you lost even a single case your career would be over

I believed all of this horseshit for way too long. And I also believe it had a serious negative impact on my life. ~ RichardStrauss123

Stop reading! You read too much, you’re going to hurt your eyes! Go watch tv for awhile!” My grandma, every time she visited, while grabbing the books from my hands. It was like something off The Simpsons. ~ Yiuroitu

I was told to take up smoking to lose weight. ~ Simondo88

In college I had someone try to tell me the best way to bypass getting a girl too drunk was to become the drunkest one at the party. ~ Lazarus21

‘Just open another credit card, it’s free money’ coming from my friend who is in thousands of dollars worth of debt and has no idea she will eventually have to pay that off. ~ BaconAficionado8

My boyfriend and I had been together three years. I was ready to start figuring out our future. He wasn’t quite there. I was frustrated. I vented to my mom about it. Her advice to me was, “Just pack up your things and move in with me. Tell him he’s either going to marry you or he’ll lose you forever. Give him an ultimatum.”

Why would I want to marry a man that I had to force down the aisle? I told her as much and let her know that I loved him, married or not, and I would just be patient. Five months later he proposed.

When I told my now husband about my mom’s diabolical plan to get us hitched, he said, “I love you, but I would’ve ended our relationship right then and there. I wouldn’t marry someone that has that ‘my way or the highway’ mentality.”

Side Note: my mom has been married five times. She believes herself to be a marriage expert. ~ MTfarmgirl

“Do what you love and the money will come.” ~ itsmrcool

Look up while nose is bleeding so you don’t lose blood (as a child).

Would not recommend, ended up vomiting blood and nearly passing out. ~ Caragor

Pretend to be interested in the things he likes! Learn about how football works, and have good questions about his favorite team! But don’t talk about yourself or your interests, men find those things boring and don’t like women who talk “too much.” ~ AtTheEolian

You’ll use cursive when you grow up. ~ bruingrad84

Check out the rest of the horrible advice people have been given over at Reddit. (Where amazingly, there is even worse advice than what I shared here.)