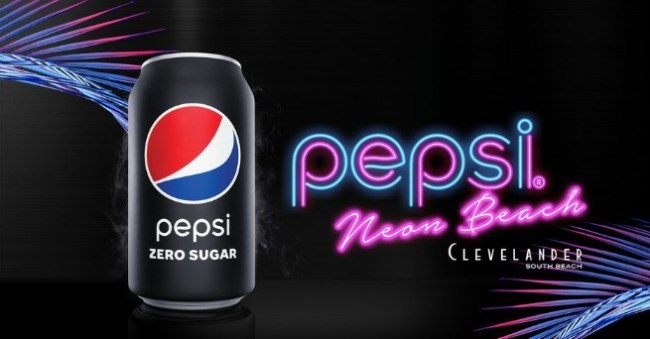 Pepsi has big things planned for Super Bowl week in Miami. Not only is the beverage giant going to host the Super Bowl halftime show but they’re also producing several big parties around the city to promote the release of the new Pepsi Zero sugar can.

Earlier this week Pepsi announced they were taking over the iconic Clevelander South Beach for Pepsi Zero Sugar ‘Neon Beach’ and will be hosting the ultimate Super Bowl weekend party that will allow fans to party with Snoop Dogg, Adriana Lima, Fat Joe, Lil Jon and NFL players from Thursday, January 30 to Sunday, February 2.

“We’re so excited to have Super Bowl LIV in South Florida this year, working with Grammy-award winning artists and some of the hottest talent to create memorable experiences for all of Miami to enjoy,” said Chauncey Hamlett, VP, Marketing, PepsiCo Beverages North America, South Division. “We are looking forward to bringing Pepsi Neon Beach presented by Pepsi Zero Sugar to Clevelander South Beach as an ode to the beautiful and vibrant city of Miami, and to create a one-of-a kind Super Bowl Week for fans right in our backyard.”

Here’s what Pepsi has in store for Pepsi Zero Sugar ‘Neon Beach’ all week.

Pepsi will let football fans enjoy an epic tailgating experience, along with DJ sets from 11am until the final whistle is blown. Fans can purchase tickets here.