PETA Is Getting Roasted Like A Big, Fat, Delicious Pig For Complaining About ‘Anti-Animal’ Figures Of Speech 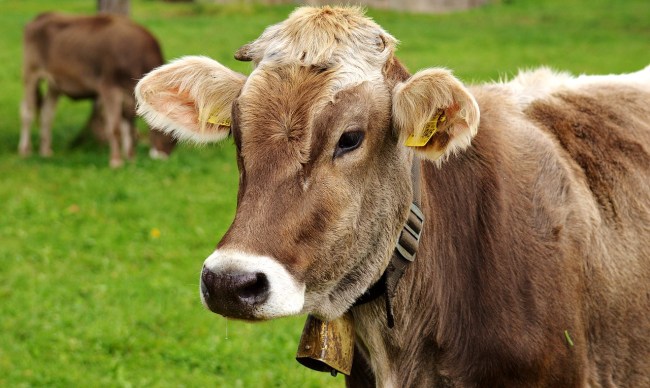 Like most people, I went through a number of phases when growing up where I got way too obsessed with something that would end up consuming my life until I moved on to my next fixation.

As I’ve matured, I’ve made a conscious effort to avoid letting any of my interests become a central part of my personal identity and become increasingly grateful I didn’t decide to get that Celtic cross tattooed on my back during my Irish phase.

I’m glad I grew out of that before it was too late but I do maintain the Boondock Saints theme is a banger.

There’s nothing necessarily wrong with going all in on the thing you cherish most but it’s very easy to get in way too deep. Being an anime guy is good and fine but I’d argue you want to evaluate things when you end up moving to Tokyo to marry a pillow.

I admit I’m an undyingly judgemental person, but at the end of the day, I think people should be able to like what they like as much as they’d like to as long as it’s not affecting me.

Unfortunately, there are some sad souls who seemingly can’t function unless they’re constantly pushing their beliefs onto others, which happens to be the case with every single member of PETA.

PETA has been asking the world “Why do you hate animals?” for close to 40 years now and continues to manage to outdo itself when it comes to showing just out of touch with reality it can be.

On Tuesday, the organization posted a tweeted urging the world to use figures of speech they described as “anti-animal” after presumably receiving a multitude of written complaints from animals who’ve had their feelings hurt by idioms like these.

Words matter, and as our understanding of social justice evolves, our language evolves along with it. Here’s how to remove speciesism from your daily conversations. pic.twitter.com/o67EbBA7H4

As you’d expect, the internet was there to mock them.

"Feed a fed horse" instead of "beat a dead horse" would only make sense if you were brutally overfeeding the horse, making his liver ten times its natural size in order to later slaughter him and eat the delicious horse version of foie gras.

has anyone told peta how bad it is to feed scones to birds or pic.twitter.com/4Tfi6qD6dH

PETA: we didn't think there was quite enough batshit stuff going on in the world right now, so produced this… https://t.co/FNXwwtipGm

Why stop there? I can think of so many more phrases we could change so animals don’t get offended by figures of speech.

Those ones are free, PETA. The next few will cost you.