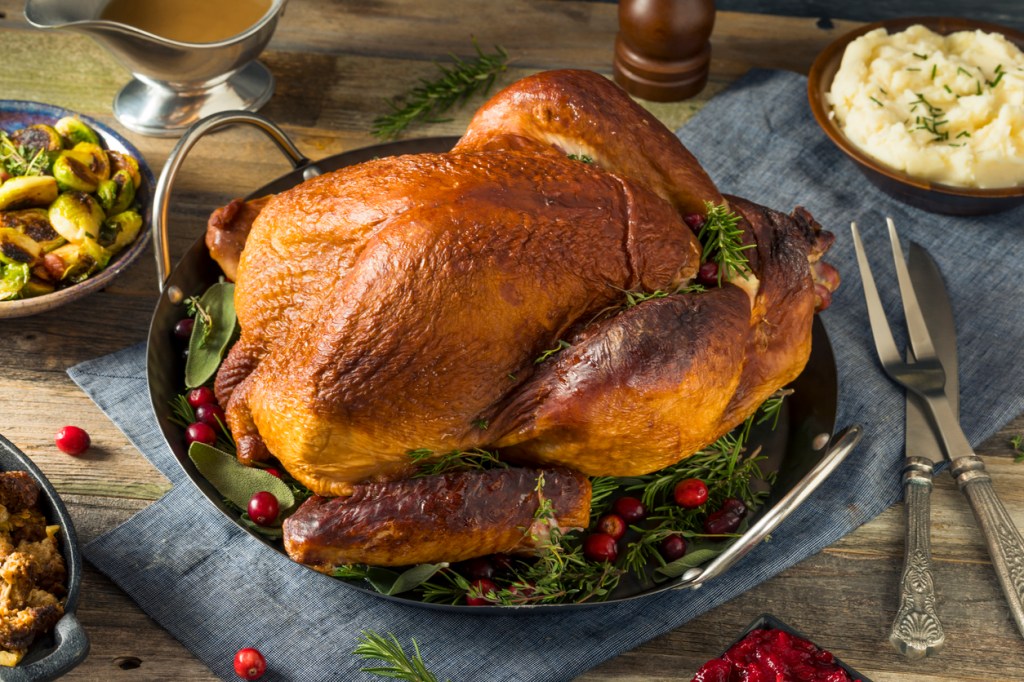 Turkey is delicious and it’s the most important item on the table at Thanksgiving. I don’t care if you fry it, roast it, smoke it, or sous vide it, without the turkey on the table it’s just another fancy meal with your family.

Don’t get me wrong, I have a whole list of side dishes that I need to be present for it to actually feel like a proper Thanksgiving meal but those can be mixed and matched and omitted on some years while it just isn’t Thanksgiving without the turkey.

Once again, PETA is up to their usual bull*** and wants the public to think that eating turkey is something everyone should reconsider. I won’t even waste my time talking about how horrendous of a hot take that is because it’s lazy and expected for an organization like PETA but I will discuss this weird cartoon they tweeted.

PETA thinks that stuffing a turkey with rosemary, thyme, and vegetables is weird. So they tweeted this awkward cartoon about it. And instead of dissuading people from roasting turkey’s they’re actually getting roasted for this awful cartoon and even worse hot take.

Keep your fists out of birds’ butts. #Thanksgiving pic.twitter.com/Alm19HrQ2i

PETA does this stuff for shock value, so that people like myself end up talking about it, but these probably still aren’t the responses they were hoping for…

God I wish I was the turkey 😩💦

Normal in my world

And here we see P3TA being a bunch of ragtag hillbilly c@n+$ over eating fuckin' turkey.

For the record, we don't put hands in turkey. We put stuffing in turkey.

Why y’all have to go after Mr Rodgers like that https://t.co/uK7S0nuQEx

Ah, the only time of year where I make it to 3rd base https://t.co/uK7S0nuQEx

He is supposed to be using 2 hands in there

You guys definitely aren't up to anything weird.

I have good news. I have decided to forego a Turkey this Thanksgiving in favor of 100% beef-fed beef

I’m actually shocked it took scrolling through like 50 tweets before someone made this point. The stuffing isn’t going up the turkey’s butt but nobody would expect PETA to know that.

It’s not the butt, but the gut.

I’m a little confused by what PETA perceives to be 3rd base. I haven’t been single for years and have no idea what the dating scene looks like in 2021 but it’s hard to imagine that butt stuffing is 3rd base unless the goal posts have moved a few hundred yards.