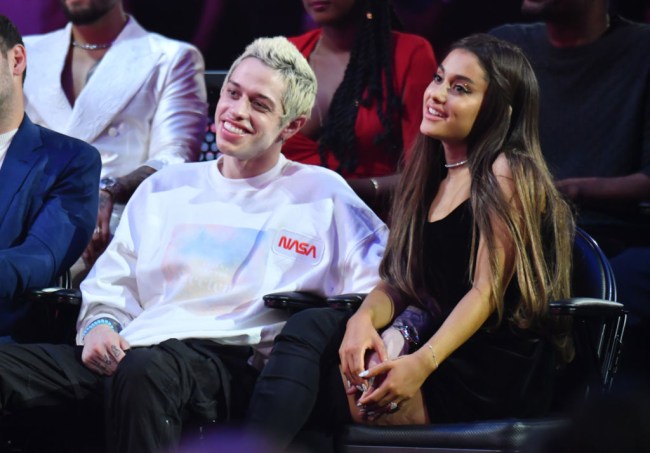 Have you had enough with the Pete Davidson/Ariana Grande drama? Evidently not, you are here and if you’re like me, you don’t even know why. If I put in half the interest in my own relationship as I do a couple 20-year-old strangers, I wouldn’t be sleeping on the couch three nights a week.

Can you believe Davidson and Grande’s engagement ended just one month ago? It seems like there’s been two years of content stuffed in that 30-day period.

So we know that both of them inked multiple couples tattoos on their bodies, making their doomed relationship appear even more sophomoric. Let’s count them.

There may be more, IDK.

So how did the two go about amending these mistakes? Yep, you guessed it, got more matching tattoos.

In new photos teasing her upcoming “thank u, next” video, Grande looks to have covered up her ring finger tattoo dedicated to Davidson with a new black heart. Davidson did the same with the bunny-eared mask behind his ear.

Grande responded to a Twitter user explaining her bleak interpretation of the tattoo.

jk i’m empty and my heart is black now so

Hopefully Davidson and Grande will be a bit more measured in their future relationships. Go out there, get some strange, live your 20s!