Pete Davidson Apparently Has A Tattoo About Kanye’s Kids, Which Will Surely Go Over Well 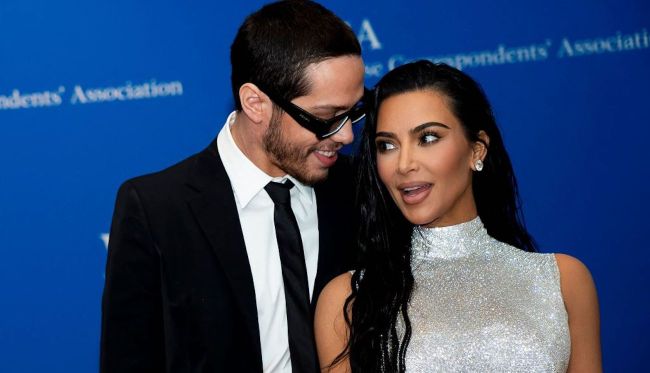 Clearly unsatisfied with both the current level of harassment he’s receiving from Kanye West and the number of bad tattoos on his body, Saturday Night Live star Pete Davidson has apparently gotten a new tat that reference’s her children with the 44-year-old Donda rapper.

Davidson, 28, and the 41-year-old Kardashian started dating back in November of 2021. Kardashian was previously married to West from 2014 until she filed for divorce back in early 2021.

The tattoo, which is located on Davidson’s neck, spells out the letters “KNSCP,” which has led to speculation that it stands for Kardashian’s children North, Saint, Chicago, and Psalm.

Ever since the pair’s relationship became public, West has been publically harassing Pete Davidson in various ways, such as rapping about him in his music and posting about him on Instagram. At the time of this writing, West has yet to make a public comment about Davidson’s new tattoo. In fact, West has deleted all of his previous posts off of his Instagram, which is something he does quite often.

Despite the various attempted intrusions from Kanye West, Davidson and Kardashian continue to escalate their relationship, as the pair appeared in public together at the White House Correspondents Dinner on Sunday.

What a life Pete Davidson is currently living: showing up arm-in-arm with Kim Kardashian to a party that hosts some of the most powerful people in America. Whatever it takes to keep sticking it to Kanye.