Kanye West Is Allegedly ‘Telling Everybody’ Pete Davidson Has AIDS, According To DJ Akademiks 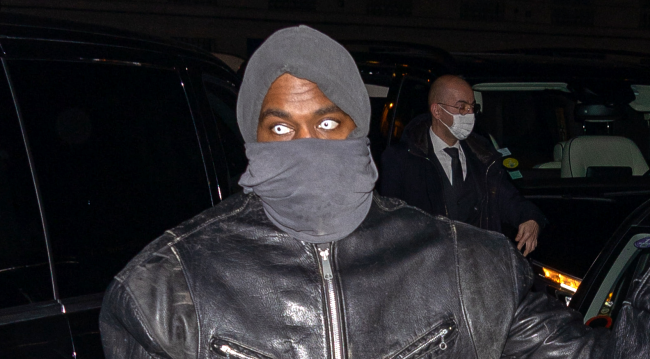 If you are to believe numerous reports, Kanye West is still pretty down bad over his breakup with Kim Kardashian.

A month ago, Kanye West made it very clear how he feels about the man who is now dating his ex-wife, Pete Davidson.

Shortly after that, West allegedly punched a fan several times after he asked for the rapper’s autograph.

Kanye admitted hitting the fan because he was reportedly in a bad mood on the night he attacked the man because of he had seen Davidson kiss his ex-wife in front of him.

Then, Pete Davidson reportedly hired extra security because he was concerned about Kanye’s fanbase going after him.

This week, DJ Akademiks claims that the 44-year-old Kanye West is so down bad about Davidson and Kardashian that he’s resorted to telling people Pete has AIDS.

“He’s going crazy with himself,” Akademiks said. “A n—a told me, this is real talk, Kanye has been telling anyone within an earshot of himself, he’s trying to spread a rumor that Pete Davidson has AIDS.

Kanye has also allegedly been dragging Pete for his clothes

Earlier this week, it was also reported that Kanye West has been going around ripping Pete Davidson for ruining his ex-wife’s style. West is also claiming that Pete and Kim’s relationship is “fake.”

“Kanye has been telling friends he still feels ‘suppressed’ by Kim even though they are separated,” a source told The Sun.

“He believes the Kardashians make up story lines for their lives and he’s sick of it. He feels she is going for the complete opposite of him to upset him and it p-sses him off.”

The source continued, “Clothes and style are very important to Kanye and he has been telling friends he thinks Pete wears the worst clothes ever. He has been dissing Pete for dressing in clothes ‘from the mall.’

“He thinks it is affecting all the work he did with Kim. Kanye felt like he gave her the world when he redid her closet and thought he was helping. He sees fashion as art and wanted to bring her into that world.”

First off, what is wrong with wearing clothes from the mall? Secondly, whether any of this is true or not, it all certainly does sound a lot like the kind of stuff Kanye might say, don’t you think?

He did, after all, compare Kim Kardashian to Jesus just the other day.