Pete Davidson Set To Star In The ‘Suicide Squad’ Reboot, Further Raising The Question: ‘Who Asked For This?’ 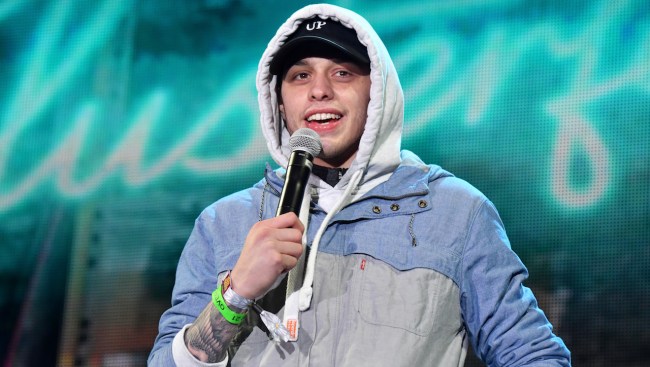 Following the disastrous failure of Justice League, Warner Bros. was forced to reevaluate their approach to comic book movie-making.

Despite the fact that Justice League included three of the most iconic superheroes of all-time in Batman, Superman, and Wonder Woman, the film grossed just $657 million at the box office, which is utterly dismal for a movie of that size. For comparison, Ant-Man and the Wasp grossed $622 million.

And while the reviews for Joker make it appear as though Warner Bros. has made the right decision in their refocusing of their DC Comics properties, one project that has certainly raised eyebrows is James Gunn’s Suicide Squad reboot, The Suicide Squad.

For as bad as Justice League was, it could be argued that Suicide Squad was worse. While the film was more financially viable than Justice League — making $746 million on a $175 million budget — the actual movie itself was a mess, as it featured an uneven tone, an awful villain, and a truly terrible Joker performance from Jared Leto.

But for whatever reason, Warner Bros. decided to take another swing at the property, hiring Gunn to reboot the franchise.

While literally no one has asked for Suicide Squad to be rebooted, especially so soon, the fact that James Gunn is at the helm gives the project some semblance of hope, as the Guardians of the Galaxy director obviously has a history of taking a ragtag group of fringe heroes and turning them into a critical and box office success.

To Warner Bros. credit, they’re certainly going quit outside the box with their casting, as Deadline has reported that Saturday Night Live vet Pete Davidson has joined the cast.

In addition to Davidson, The Suicide Squad will see Margot Robbie, Viola Davis, Jai Courtney, and Joel Kinnaman return to the roles they played in the critically panned 2016 film, as well as the addition of newcomers include Idris Elba (taking over for Will Smith as Deadshot), David Dastmalchian, Daniela Melchior, Flula Borg, Nathan Fillion, Steve Agee, Taika Waititi, and Peter Capaldi.

At this time, The Suicide Squad is slated to be released on August 6, 2021.