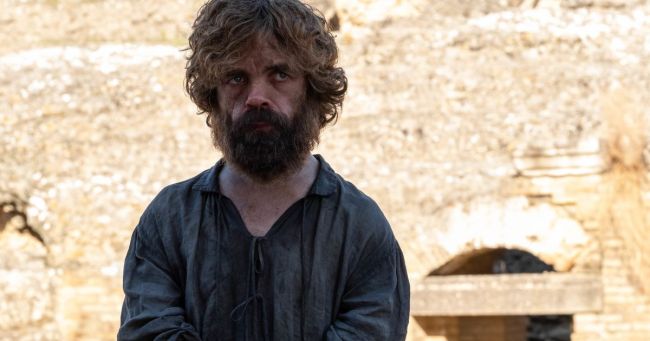 Look, ladies and gentlemen: I respect the hell out of Peter Dinklage. Who doesn’t? In a show considered to be one of the greatest of all time, Dinklage’s Tyrion Lannister was largely considered to be *the* fan favorite. In fact, you’ve probably heard the saying “I drink and I know things” even if you’ve never watched a single episode of Game of Thrones. That just goes to show how much the series, and Dinklage’s character, seeped its way into the pop-cultural consciousness.

Unfortunately, though, my immense respect for the Emmy award-winning actor needs to be put aside for the sake of this article, because the man has unleashed a truly diabolical preposterous explanation of why millions of Game of Thrones fans absolutely hated the finale.

“I think the reason there was some backlash about the ending is because they were angry at us for breaking up with them. We were going off the air and they didn’t know what to do with their Sunday nights anymore. They wanted more, so they backlashed about that.”

“They wanted the pretty white people to ride off into the sunset together. By the way, it’s fiction. There’s dragons in it. Move on. [Laughs] No, but the show subverts what you think, and that’s what I love about it. Yeah, it was called Game of Thrones, but at the end, the whole dialogue when people would approach me on the street was, ‘Who’s going to be on the throne?’ I don’t know why that was their takeaway because the show really was more than that.” [via The New York Times]

Peter, my man, let me let you in a secret: people hated the Game of Thrones finale, and the final season at large, because it fucking SUCKED, especially when contrasted against the standards that the previous seasons had set. Tyrion delivering a pretentious speech about the “power of stories” just to reveal that Bran Stark most deserved the Iron Throne due to this notion was merely the poop cherry on top of the shit sundae that was the final six episodes. There’s no deeper sociopolitical agenda against the Game of Thrones finale, it was simply a piss poor episode of television.

If stories are so powerful, this is ours, and that’s the end of it. And this is coming from someone who’s spent the last two and a half years since the series went off the air defending its legacy.