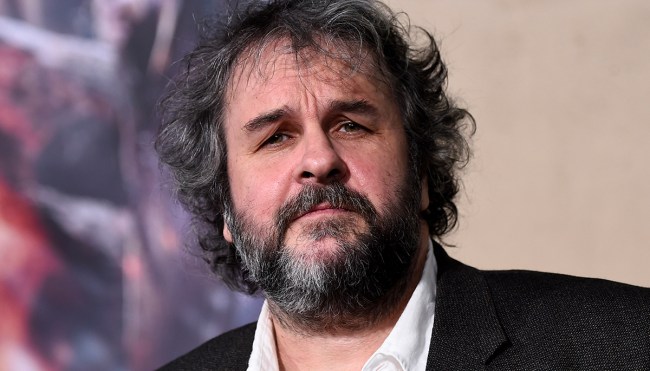 In 2004, The Lord of the Rings: Return of the King tied a record at the Academy Awards by racking up a total of eleven Oscars at a ceremony that was essentially devoted to finally giving the creative minds that expertly adapted J.R..R. Tolkien’s trilogy the credit they deserved for weaving the epic story over the course of three phenomenal films.

That included Peter Jackson, who rightfully took home the trophy for Best Director after devoting almost six years of his life to a franchise that was filmed in more than 150 unique locations in New Zealand, featured a number of massive set pieces in the form of the battles that collectively required the work of tens of thousands of extras, and required the creation of almost as many costumes featuring painstaking attention to detail and references to Middle Earth lore.

The cast and crew were subjected to a fairly grueling grind during the lengthy production process, and it’s safe to assume everyone involved in bringing The Lord of the Rings to the big screen breathed a sigh of relief when it finally came to an end.

However, based on what he had to say during a recent interview with The Hollywood Reporter, there was only so much Jackson could do when it came to decompressing after the series finally wrapped—to a point where he considered getting hypnotized to forget about the entire thing.

That might sound a bit extreme, but it’s actually pretty easy to understand where Jackson is coming from when you take a look at his rationale, as he said he’s simply never been able to enjoy the films for what they are because he’s so intimately familiar with what went into making them:

“When we did the Lord of the Rings movies, I always felt I was the unlucky person who never got to see [them] as a coming-out-of-the-blue film. By the time they were screening, I was immersed in it for five or six years.

It was such a loss for me not be able to see them like everyone else. I actually did seriously consider going to some hypnotherapy guy to hypnotize me to make me forget about the films and the work I had done over the last six or seven years so I could sit and enjoy them.

I didn’t follow through with it, but I did talk to [British mentalist] Derren Brown about that and he thought he could do it.”

The outlet didn’t ask Jackson if he considered getting hypnotherapy to forget about The Hobbit movies, although I’m sure more than a few people who saw them would be interested in wiping those memories from existence.