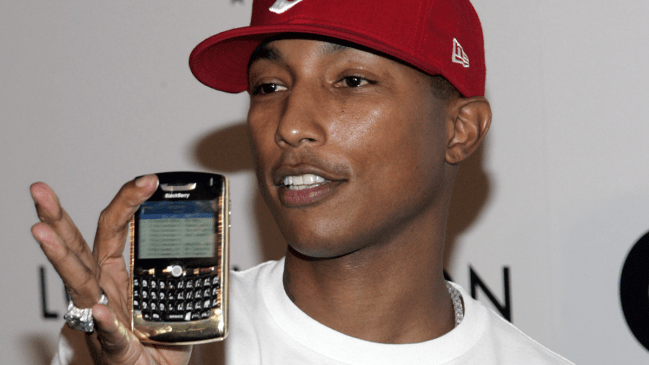 There aren’t many people who are able to rival the mark Pharrell Williams made when he burst on the rap scene in the early 2000s and rightfully earned the “Super Producer” label thanks to his work (alongside The Neptunes counterpart Chad Hugo) with Jay-Z, Nelly, Clipse, and more of the biggest names in the world of hip-hop at the time.

While he may be best known for his work behind the scenes in the studio, the man commonly referred to as simply “Pharrell” could also more than hold his on the mic thanks to the effortlessly cool flow he routinely showcased as a member of N.E.R.D and on the tragically few tracks we were treated to when he teamed up with Lupe Fiasco and Kanye West for the short-lived supergroup that was Child Rebel Soldier.

In 2006, Williams showed off his verbal prowess when he delivered the second-most iconic freestyle in BET history (no one will ever top Cam’ron counting a stack of cash while talking about fleecing Def Jam out of millions), where he delivered the ultimate flex at the time by incorporating the Blackberry he had Jacob the Jeweler cover in 14-karat gold out of his pocket and incorporating it into the acapella verse.

Now, the prolific artist is giving people a chance to own that piece of hip-hop history—along with some other wild rap artifacts that are about to hit the auction block.

Williams recently decided to expand his horizons by launching a ” global digital-first auction house” known as JOOPITER, and he opted to kick off his new venture in a big way by giving members of the public the chance to get their hands on the aforementioned Blackberry 8700 in addition to other grails including his personal Goyard trunk and an assortment of rare apparel and blinged-out chains.

It appears the target demographic for the auction is “people with tens of thousands of dollars to spare,” but if you’re part of that group and want to get in on the action, the bidding will kick off on October 20th.