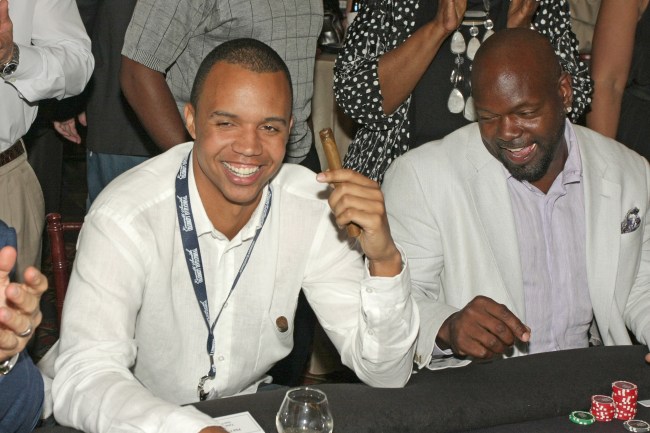 Phil Ivey is one of the greatest poker players in history. He’s won 10 gold bracelets at the World Series of Poker in Las Vegas and made 31 final tables. At 40-years-old, nobody really knows how much money Phil Ivey has made playing cards in his lifetime because he’s reported to make millions and millions in private cash games. He’s also an accomplished Baccarat player. Ivey has been nicknamed ‘The Tiger Woods of Poker’ and for good reason, all he does is win…Or, all he did was win.

For several years now, Phil Ivey has been embroiled in a lawsuit with a London-based casino. Five years ago, Phil Ivey and another player won roughly $10.2 million (£7.7 million) while playing punto banco at Crockfords Club, a high-stakes form of Baccarat. The casino, owned by Genting Casinos UK, never paid Ivey after it was discovered that Ivey and the other player were using something called an ‘edge sorting’ technique which gave them a competitive advantage over the house, thus allowing them to bet huge when they knew the big cards were coming out.

I’ll try and lay this out as clearly as possible because, frankly, I think both sides of this lawsuit had excellent cases to be made. The casino allowed Phil Ivey and playing partner Cheung Yin Sun to bring their own cards to the casino and use them while playing high stakes punto banco. Some of the patterns on those cards had identifying marks that high-caliber players could potentially spot and know when big cards were coming out. This gives extremely skilled players like Phil Ivey a competitive advantage over the casino.

The casino argues that Phil Ivey was using nefarious tactics and he and his playing partner came into the casino to swindle them. They say he used the ‘edge sorting’ technique for a quick cash grab akin to cheating even though Ivey was using cards the casino allowed him to bring in.

From Ivey’s perspective, he knew that the cards he was using gave him an advantage but he was also abiding by the casino’s rules. They let him play with those cards. From the casino’s perspective, Ivey was cheating and they didn’t find out until they were $10.2 million in the hole.

Flash forward to this week, and the UK’s Supreme Court handed down their ruling: the casino could keep its $10.2 million because Ivey was cheating:

he five Supreme Court justices unanimously upheld the Court of Appeal’s decision on the case, with Lord Hughes saying it was essential that punto banco remained a game of pure chance with neither the casino nor the player being able to beat the randomness of the cards that were dealt.
He said: “What Mr Ivey did was to stage a carefully planned and executed sting.”
Speaking outside court, president and chief operating officer of Genting UK Paul Willcock said: “This has been a landmark case in how the courts approach cheating in the modern day.
“This entirely vindicates Genting’s decision not to pay Mr Ivey, a decision that was not taken lightly.” (via BBC)

This is a HUGE blow to Phil Ivey. He’s been battling this in court for 5 years. He’s also a man who makes his living in a casino playing cards. His reputation could potentially take a bruising now that the UK’s Supreme Court has ruled that he was cheating in a casino. Will this have any bearing on how Las Vegas casinos treat Phil Ivey? Macao casinos? It’s not like Phil Ivey was caught breaking the rules in poker, but….…I guess we’ll see in the coming years.

For more on this story, including an explanation of what the card game punto banco is, you can CLICK HERE to head over to the BBC.