Philadelphia Eagles Vs. Jacksonville Jaguars: How to Watch The NFL London Game Without Cable 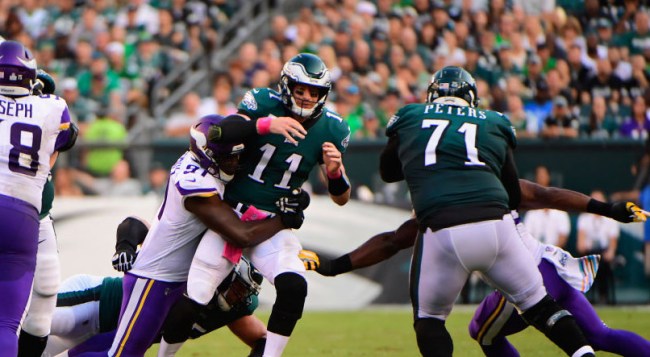 You know what my all-time favorite song is? “Werewolves of London” by Warren Zevon. Song completely slaps. Just one of the best grooves ever. And, in late October, it’s my favorite jam to throw on. Sets the mood completely for Halloween.

Tomorrow is the NFL schedule heads to London for a game that’s going to be full of tricks and treats. The defending Super Bowl champions, the Philadelphia Eagles, play the Jacksonville Jaguars in Wembley Stadium in London, England. The Eagles are the road favorites, with all-eyes on Nelson Agholor and Carson Wentz to pick up the pack in Week 8 of the season.

Eagles nation traveled across the pond for the game, with Pennsylvania storming into England.

Eagles fans are taking over London!@StubHub says this is the most in demand ticket of the NFL season, and it’s all because of Birds fans

41% of Stubhub ticket sales have come from PA, the most ever from any state for a London game!
Only 5% from FL 😂#FlyEaglesFly pic.twitter.com/GUIYMo5lJU

If you’re a cable cutter cable, don’t fret: You can watch the game on your device of choice over at FUBO.TV. It’s the easiest way to watch all your favorite sports games LIVE and free to sign up.

Birds by a million.