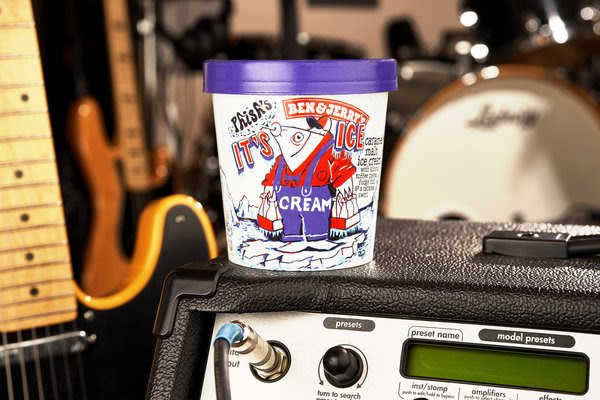 If you love crunchy flavors and heady jams, prepare to step into the freezer this summer for a limited edition ice cream that benefits a great cause: music education. Vermont’s headiest ice cream company, Ben & Jerry’s, just announced a new collaboration with Vermont’s headiest band, Phish. Ben & Jerry’s signature chocolate marshmellow flavor, Phish Food, has been in dangling its tunic in Uncle Ebenezor’s stash for 21 years. Now it’s time for a new flavor with widespread distribution. It’s called Phish’s It’s Ice…Cream, named after a Phish song of the same name, and “…one of the original flavor concepts in the running back in 1997, to become Phish Food.” According to a press release from Ben & Jerry, It’s Ice… Cream features a flavor profile that makes my tastebuds press on elastic sheet, breathing through a slice – “a caramel malt ice cream with almond toffee pieces, fudge fish and a caramel swirl.”

A portion of the proceeds benefit Phish’s The WaterWheel Foundation, which supports non-profits around Vermont, as well as a number of awesome music education initiatives. 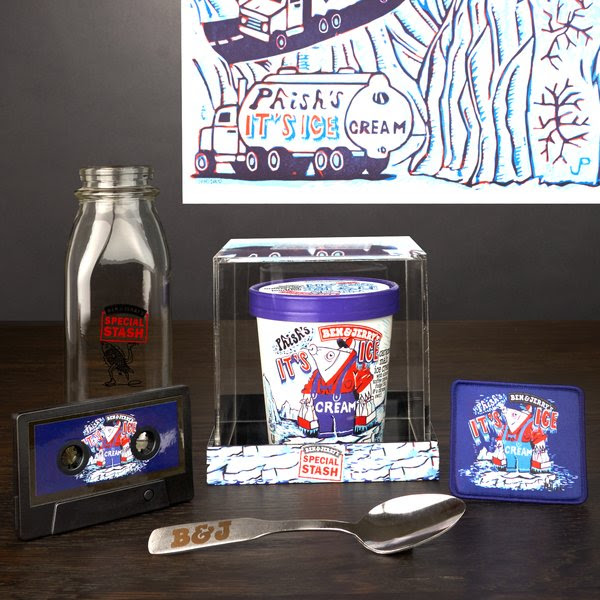 To celebrate It’s Ice…Cream, named after the 1991 Phish song “It’s Ice,” Ben & Jerry’s has created a one-of-a-kind pack featuring exclusive artwork by renowned Phish poster artist, Jim Pollock. But the artwork doesn’t stop with the Ben & Jerry’s pint. Ben & Jerry’s will be offering a merchandise gift pack available in limited quantities through store.benjerry.com, which includes a special poster design by Pollock. All proceeds of merchandise sales will directly benefit The WaterWheel Foundation.

Phish drummer Jon Fishman notes “For over twenty years, Phish has enjoyed a great partnership with Ben & Jerry’s and we’re excited that this new creative flavor can continue to support the work of The WaterWheel Foundation.”

Check out the flavor this summer, part of Ben & Jerry’s Special Stash, which can be purchased exclusively at Ben & Jerry’s Scoop Shops, store.benjerry.com, and select retailers. 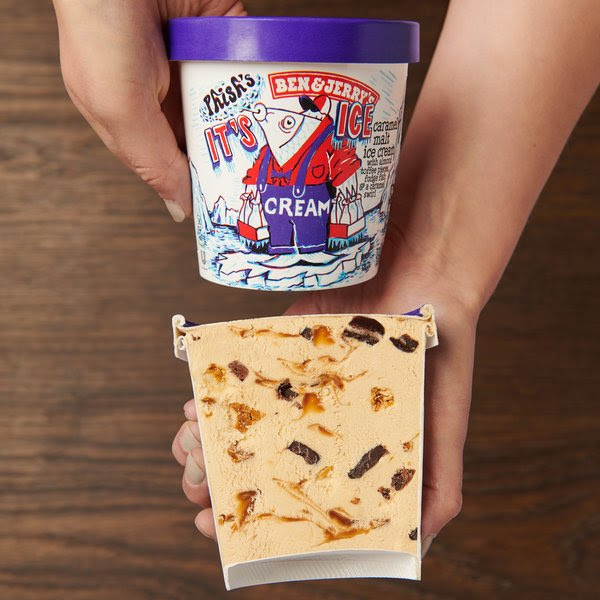 And hey, since now I’m in the mood to listen to tunes all day, here’s It’s Ice from The Mann in Philly a few years ago. It’s a spectacular version of the jam. And if you’re into all things Phish and what not, why not subscribe to my podcast, SO STUPENDOUS, in the podcast store? After all, you did read this far. This week’s episode features Alfonso Ribeiro on ’90s throwback culture…