Air Force Pilot Has Unexplained Encounter With UFO Over Atlantic City, Captures It On Video 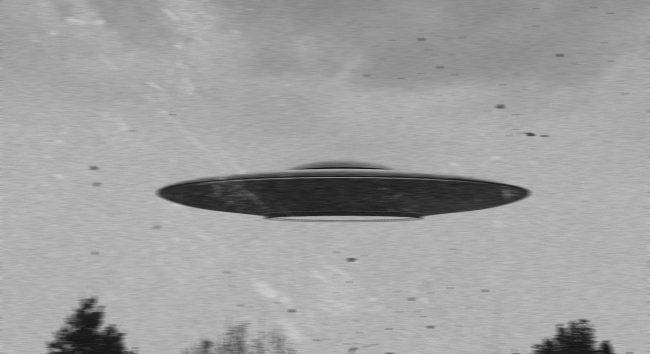 According to a Federal Aviation Administration (FAA) report, one pilot flying a Diamond DA40 light aircraft over Atlantic City in New Jersey had a very strange encounter with a UFO.

The FAA report was discovered by The War Zone using their interactive database.

The encounter took place on September 16th, 2018 and reveals that the UFO was mirroring the pilot’s plane while flying at more than 2,000 feet.

An account of the incident was originally filed via the FAA’s Mandatory Occurrence Report (MOR) process. By FAA regulations, MORs must be generated whenever a pilot reports unauthorized or otherwise unsafe unmanned aerial system (UAS) activity. Both the behavior and reported altitude of the object likely prompted the report. The FAA requires drone operators to fly below 400 feet and to not interfere with manned aircraft operations.

This particular MOR caught our attention because it described dynamic maneuvering on the part of the UAS, as well as an unusual description of a large camera hanging from the object along with a large v-shaped antenna or structure on top.

The FAA report also states that the pilot “also happens to be an Air Force pilot from WRI [McGuire Air Force Base] and is very familiar with our airspace.”

Related: Air Force Technician Says He Has Witnessed UFOs And A ‘Shadow Person’ While Guarding Nukes

Audio of a conversation between the air traffic controller and the pilot, who was an Air Force KC-135 aerial refueling tanker pilot, was also included in the FAA report.

In it, we hear the pilot initially think that the UFO was a set of balloons. Slowing down for a better look he discovered that the UFO was moving in unison with his aircraft, climbing when he climbed and appearing to intentionally stay opposite of his plane.

When asked to describe the UFO, the pilot states that he is familiar with drones, but couldn’t confidently say that is what the UFO was. He also added that it “did not appear to be a fixed-wing aircraft.”

The FAA requires drones to not fly above 400 feet, not interfere with manned aircraft.

Related: Ex-Government UFO Investigator Says Threat Of WWIII Is Why Aliens Haven’t Made Contact Yet

The pilot also stated that the UFO appeared to be circling his aircraft as if it were trying to get a “cool video” of his plane.

The air traffic controller told the pilot that even though they have the ability to detect aircraft without a transponder, they could not see the UFO on their radar.

Interestingly, the air traffic controller can also be heard telling the pilot “you’re not the first, just so you know.”

The War Zone confirmed this, noting that FAA records show several other UAS [Unmanned Aircraft Systems] sightings in this area.

They also added that it is currently unclear if the FAA ever did determine what the object the pilot encountered on that day actually was.