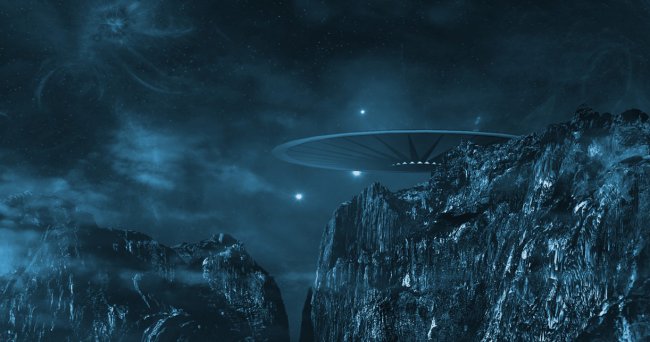 Wait, aliens are scared of… us? That’s what Nick Pope, former UFO investigator in the British government’s Ministry of Defense (MOD) believes.

There have been numerous reports in the past that claim aliens have established hidden bases on and around our world to monitor our behavior, but apparently they so far don’t like what they see.

“Highly evolved extraterrestrials probably regard warfare as something that only primitive civilizations engage in, so the Ukraine situation means we’re unlikely to get an invitation to join the Galactic Federation for the time being,” said Pope.

Related: Air Force Technician Says He Has Witnessed UFOs And A ‘Shadow Person’ While Guarding Nukes

Last year, Pope, who worked for the MOD for 21 years, called for the United States and Britain to look into the possibility that UFO sightings could be attributable to hypersonic technology testing by China and Russia, and to “assess the current level of technology these nations possess when it comes to aircraft, missiles, and drones.”

In another 2021 interview, Pope said the “idea we would suddenly pull something out of the bag and defeat an alien invasion” is absurd.

“Just to put this in context, the universe is nearly 14 billion years old, and there might be civilizations out there with a billion or two year head start on us,” Pope explained.

“Now, if you think about the difference in technology, think how far we’ve come in the last two three hundred years, basically from horse and cart and ships sailing across the ocean using the wind, we have come from that to stealth fighters, space probes and smartphones in just that short period of time.

“The chances that we will encounter a civilization and it will be 20-30 years ahead of us in scientific understanding and technological advancement, that’s not going to be the situation.

“They will be, like I say, millions, maybe a couple of billion years ahead of us and their technology will be indistinguishable from magic.”

Maybe it’s a good thing we’re scaring them off for now then?