Judd Apatow Has An Amazing Idea For A ‘Pineapple Express’ Sequel, Has Been Trying To Get It Made For Years 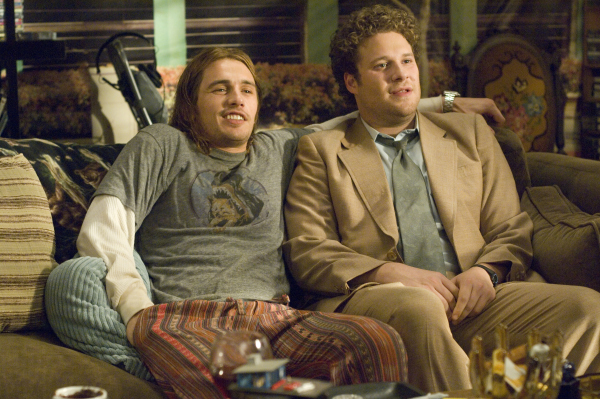 There are moments in day-to-day life that make us feel old. Whether it be finding out that the milk you just bought is expired or remembering that it’s already been four whole years since Harambe died, reminders of our increasing age surround us daily. Pineapple Express turning 12 years old (!!!) this summer certainly falls under that category. Feels like just yesterday I was listening to “Paper Planes” on my iPod.

In a recent interview with LadBible, Judd Apatow — who produced Pineapple Express, in addition to tons of other iconic comedies from that era — revealed that not only does he has an amazing idea for a sequel but that he’s been trying to get it made for years.

“I fought so hard to make a sequel to Pineapple Express for many years. I was a big proponent of it and I never could get it to fall together. I have an amazing idea for it and it deserves to happen, but I don’t know if it will.

“There was so much happening with the legalization of marijuana in California and we thought there was a funny story about how they would deal with it – the pot dealer community having to handle the fact that suddenly it was legal.”

When asked if he could see the long-awaited Pineapple Express sequel going ahead, Apatow says: “My phone isn’t ringing, let me say that, but I want to do it.” [via LadBible]

Apatow’s latest film, The King of Staten Island, is set to be released on video-on-demand on Friday, June 12.