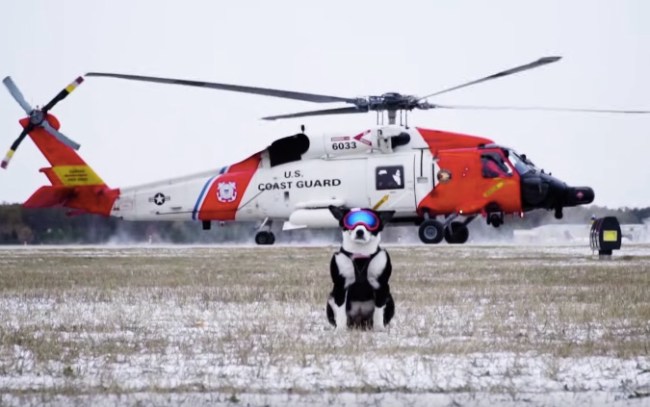 All dogs are good dogs but some pups are truly exceptional. Piper the Aviation Bird Dog is one of those rare dogs who has found their calling in life and it’s allowed them to truly flourish. Piper’s job is simple: protect the planes landing at Cherry Capital Airport in Traverse City, Michigan.

It’s not the most heavily trafficked airport in the world but that doesn’t mean there aren’t very real dangers for the planes landing at Cherry Capital Airport. It’s an area with abundant wildlife, and birds are everywhere. Piper’s job is to keep those birds away from the airport so that the planes don’t collide with the bird and cause catastrophic accidents.

A video team from Great Big Story caught up with Piper and his handler Brian Edwards to see what the day-to-day life looks like for a dog whose job it is to keep the birds away and protect an airport:

If you don’t love dogs then I’m not sure we could ever get along. Dogs are truly the best creatures on planet earth. Piper’s out there every day roaming the perimeter of Cherry Capital Airport in Traverse City to protect the pilots and passengers and all Piper wants in return is a good meal, a comfy place to lay his head at night, and some belly rubs. If that’s not living the dream then I truly don’t know what is.