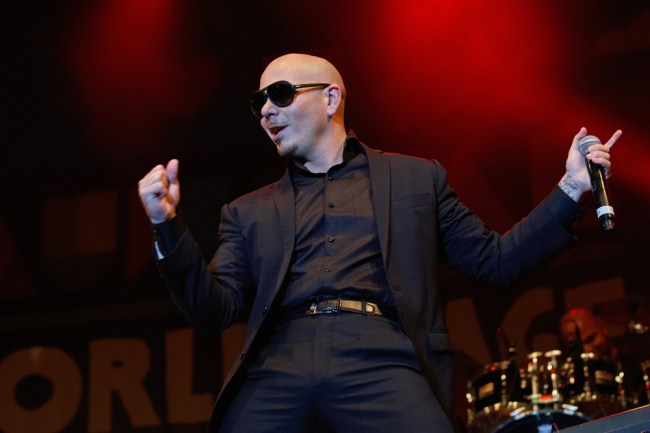 Mr. Worldwide didn’t get that name because he only performs concerts in his native Miami. Pitbull is a man of the people. He might’ve been born in Miami but Pitbull feels at home from the streets of South Beach and all throughout the Caribbean and Latin America.

There’s a complete humanitarian disaster unfolding right now in Puerto Rico after the island was completely devastated by Hurricane Maria. There are Americans without food, water, and electricity. People in dire need of medical treatment aren’t able to receive life-saving procedures because the entire situation is a total nightmare.

Pitbull to save the day? Yup, Mr. Worldwide is going above and beyond. Pitbull, real name Armando Christian Pérez, has sent his own personal private plane to Puerto Rico to evacuate American cancer patients in need of life-saving procedures. He’s doing this on his own dime while the disaster relief efforts from the American mainland has been slower than molasses.

Puerto Rico Congresswoman Jenniffer González thanked the singer, whose real name is Armando Christian Perez, for his good deed on Twitter Tuesday.
“Thank you @pitbull for lending your private plane to move cancer patients from PR to USA so that they can get chemo,” she said.
He said his effort to help Puerto Rican cancer patients was the least he could do.
“Thank God we’re blessed to help. Just doing my part,” he said in a statement to the Daily News Tuesday. (via NYDN)

I think it’s borderline insane that I have to even mention this, but I do: Puerto Ricans are Americans. Yesterday, the New York Times published a study which showed that only 54% of Americans know that people who are born in Puerto Rico (an American commonwealth) are citizens of the United States. Those numbers change across age demographics, with only 37% of people between 18-29 knowing that Puerto Ricans are American citizens.

There are 3+ million American citizens down on the island of Puerto Rica in desperate need of help right now. Go ahead and raise your hand if you expected Pitbull aka Mr. Worldwide to be the hero that the island needs. I’ve hated Pitbull’s music for as long as he’s been around, but I can’t keep hating him after hearing this news. I guess I’m an overnight Pitbull fan.