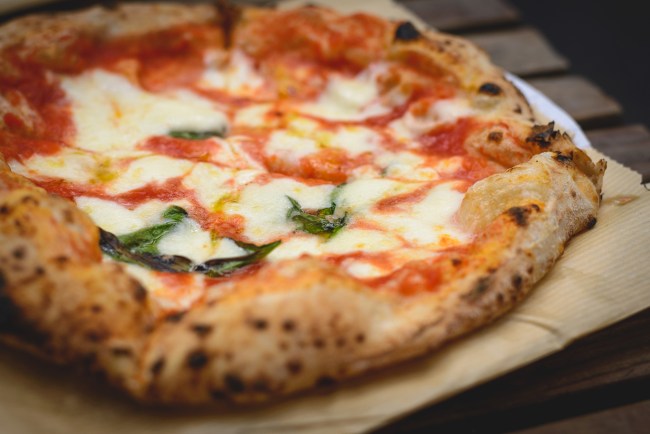 Nine times out of 10, the pizza delivery guy looks like Karl from Workaholics, reeks of the skunkiest nugget, and there’s a brief moment you contemplate whether or not the pie has been tampered with by hands that haven’t been washed since Surge was still on the shelves.

The rare instance you get a delivery guy like 18-year-old Bryce Dudal.

The Varchetti family ordered a pepperoni pizza from Detroit-based Hungry Howie’s for dinner. When Dudal delivered the pizza he peeked inside and saw an elegant baby grand piano in the foyer–“That’s a beautiful piano. Can I take look at it?” he asked.

The family let him in (bold), and he sat down and ripped off a minute-and-a-half of some of the most impressive piano playing I’ve witnessed. He ripped off Beethoven’s “Moonlight” sonata from memory, which apparently is damn near impossible.

The Varchetti family were so blown away they uploaded it to Facebook. At the time of me writing this, it has 500,000 views and 5,000 likes.

The best part is, the dude is self-taught. According to the Washington Post, he started playing at about 6 years old on his family’s small keyboard.

Dudal will attend Macomb Community College in August, where he earned a baseball scholarship as a pitcher.

When a girl is dumb enough to have a child with me, I’m teaching the baby to play an instrument right out of the womb. Such a solid skill.