Scientists Confirm Dad’s Already Told You: Plant-Based Meats Are NOT The Same As Real Meat 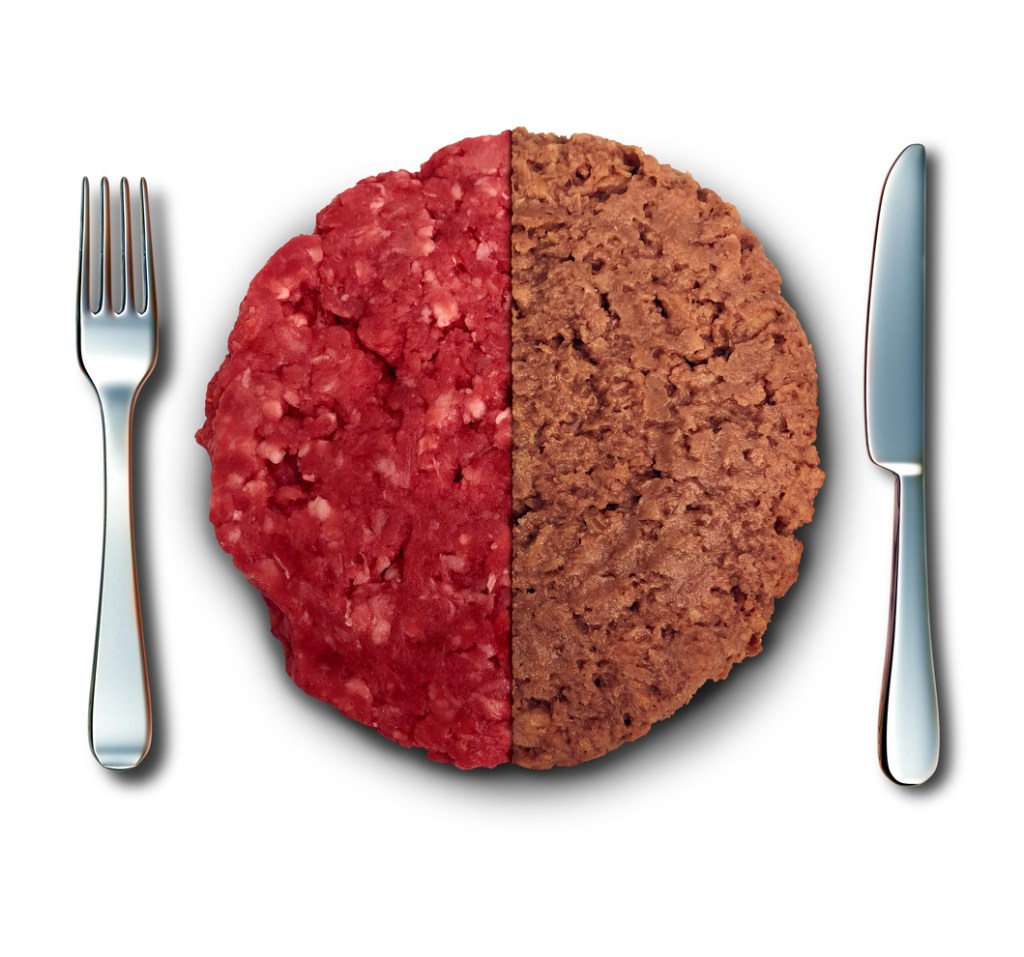 There’s something that’s comforting about your dad scoffing every time plant-based meat alternatives get brought up. I was fortunate enough to witness the one and only time my dad ever tried “fake meat.” It was on a lake fishing trip in the Adirondacks and we pulled the boat over to cook up some hot dogs at a campsite.

My old lady has been a pescatarian (eats seafood, not meat) since she was a kid and brought some meat alternative sausages. Dad asked if he could try one just to see what it was like. I swear I watched the color drain from his face after one bit and he hit us with a ‘nope, that’s not natural.’ I’ve sampled a lot of the meat alternatives myself over the years and it really is remarkable how far the industry has come in the past few years.

Plant-based meats used to focus entirely on mimicking taste but in recent years they’ve come to nail the texture too. So when you’re grilling fake sausages they have a proper casing and snap as a normal sausage would. But this recent study shows they’re really nothing alike. We knew this. Obviously, plant-based meat isn’t going to resemble actual meat on a molecular level.

For the study, Duke University researchers used 36 samples. 18 samples of grass-fed beef and 18 samples of plant-based meat. They looked at the metabolites in each and measured those. What they found were the two sets of samples contained drastically different nutrients:

The study, published in the journal Scientific Reports, discovered the beef contained 22 metabolites that the plant-based substitutes did not have. The plant-based meat, meanwhile, contained 31 metabolites that meat did not include. Researchers found the largest disparities were in vitamins, amino acids and types of saturated and unsaturated fatty acids found in both food products among other variables. (via NYPost)

They went deeper and found that some nutrients vital to our health were found exclusively or in greater quantities in the real beef and not at all or in trace amounts in the fake meat.

Several metabolites known to be important to human health were found either exclusively or in greater quantities in beef, including creatine, spermine, anserine, cysteamine, glucosamine, squalene, and the omega-3 fatty acid DHA. “These nutrients have potentially important physiological, anti-inflammatory, and or immunomodulatory roles,” the authors said in the paper. (via Eureka Alert)

These really are vital nutrients they’re discussing. Ones that are integral to healthy brain and muscle function. That’s not to say that a vegan lifestyle can’t be healthy when managed right because it absolutely can. It just requires a lot more work in balancing a diet than taking the easier omnivore approach.

If you haven’t sampled any of the plant-based meat alternatives on the market I’d actually encourage you to give them a shot at some point. Not because they’re healthier for you (they aren’t) or better for the world (they probably are) but because it’s remarkable how far the industry has advanced in just a few years.

You can also read up more on the study right here on Eureka Alert.