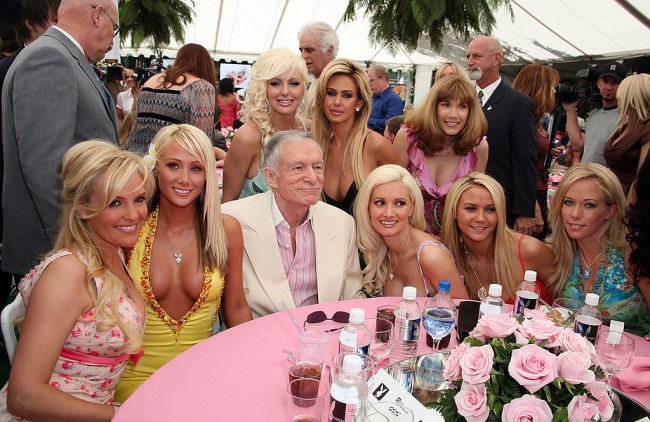 Gather ’round the campfire children… if you dare, because I have a spooky ghost story for you. There is a female ghost haunting the Playboy Mansion. Okay, to be honest, that’s not even scary at all. If I’m going to be haunted by a spirit, my preference would be to be cursed by a former Playboy Playmate that keeps me up all night.

Marquardt she believed the specter was female, despite not getting a good look at the ghost. “It looked like a woman standing there.” There was nothing to fear from the phantasm because she felt a “positive vibe” from the female spirit. Is it a succubus? I bet its a succubus.

The 21,987-square-foot Playboy Mansion was constructed in 1927, featuring 29 rooms, a wine cellar, a screening room with built-in organ (heh), a waterfall and a swimming pool area that includes the world famous grotto. Hugh Hefner lived there for 43 years until he died in 2017 at the age of 91.

Here’s a tour of the Playboy Mansion, and while it doesn’t show it to be haunted, there are adorable monkeys.

Here’s another Hugh Hefner girlfriend, Holly Madison, talking about the Playboy Mansion. But the ghouls she experienced in the mansion were not paranormal.