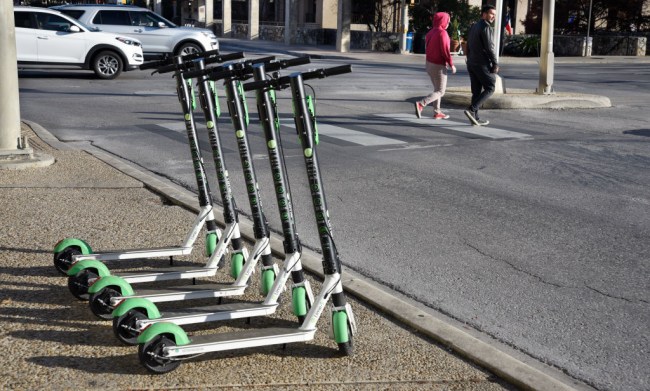 There was once a time when most people living in a major metropolitan area had to rely on taxis or public transportation if they didn’t want to deal with the burden of owning a car in a city, but in recent years, a number of alternative options have popped up that make it less painless to get around.

I live in Brooklyn, a place where it’s easier than ever to get hit by a cyclist thanks to Citi Bike, which allows people to pick up and drop off a bicycle at one of the many docks dotted around the city.

Bike-sharing programs can be found in plenty of places around the country and beyond, but if you live in a major city on the West Coast, there’s a very good chance you’ve become familiar with the electric scooters that have become ubiquitous thanks to companies like Bird and Lime.

I haven’t had to deal with the scooters firsthand, but based on what I’ve heard from people who have, they’ve become a bit of a scourge as riders have started to take over the streets and sidewalks.

However, they’ve got nothing on a new transportation option that’s recently…sprung up in Sweden.

According to Gizmodo, a “micro-mobility” startup called Cangoroo is hoping people will warm up to the idea of using pogo sticks to get around, and while the company behind the new movement has made a name for itself thanks to viral stunts, it assured people this idea is very, very real in a press release:

While Cangoroo is launching a pilot program in two Swedish cities, it says it’s aiming to bring its product to America in the coming months and promises the people of London and San Francisco will have the chance to bounce around town sooner rather than later.