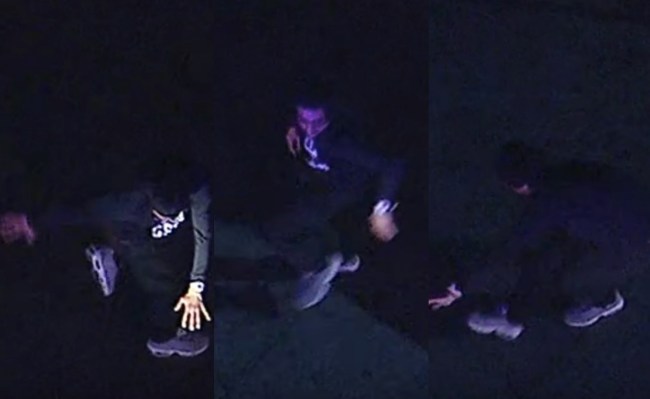 It’s High Speed Car Chase SZN, my dudes. Southern California is ground zero for most of the high-speed car chase action in America and we kicked it off with quite the humdinger last night.

Last night’s car chase involved a *probably 100% sober and not at all plastered* driver who ended the chase by getting out of the car and break dancing in front of the police officers pointing their guns at him before the suspect lifted his shirt to show that he didn’t have any weapons.

The end to the chase is always the tensest part because these officers are rightfully pissed off. They’ve been forced to pursue a suspect for hours sometimes. Countless innocent civilians and lives have been put in harm’s way. They don’t know if the suspect is armed or what their plans are. Any sudden movement could lead to a potential shootout, and this dude somehow thought this was the time to start break dancing…Miraculously, he got away with it:

A suspect's driving wasn't the only thing that was reckless: He also busted out some carefree dance moves at the end of a chase – all while officers had their guns drawn. https://t.co/NxK3A13Xp6 pic.twitter.com/CjQPP55vy5

Reminds me of this guy in Texas last year:

The suspect led police on a chase from Sherman Oaks to the San Fernando Valley north of LA prior to this dancing standoff with police. That’s only 15-20 miles but in LA traffic that could last a lifetime. The NYPost reports:

During the arrest, three highway patrol officers trained their guns on the driver as he backed away from the car on a shutdown road and barked orders at him, video of the incident shows.

The suspect at first complies, walking slowly away from the car with his hands up and his back in the direction of the police officers.

He then suddenly breaks out into the short dance routine, shuffling his feet and flailing his arms while doing several spins and bending at the waist to touch his tows, the video shows.

The dance number lasted about 15 seconds, and the man then begins to follow police orders by lifting up his shirt to show he is not armed. (via NYPost)

If you ever happen to catch a crazy ass car chase online or in the making you can hit me up on Twitter at @casspa and I’ll feature it here on BroBible if it’s good enough.

The suspect was taken into custody and charges are now pending.