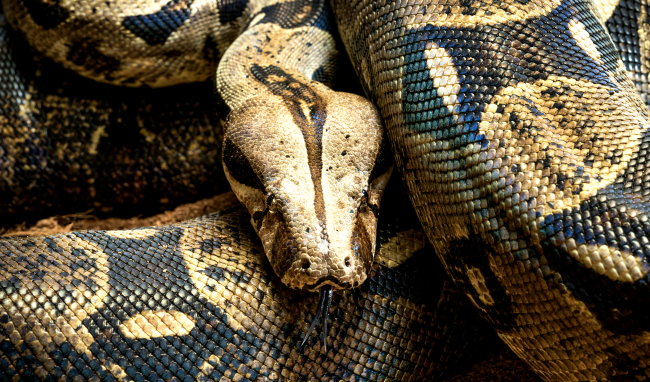 The Military Police of the Federal District in Brazil had to answer a very unusual call recently.

Officers had to go to a man’s house after he called in with a report of seeing a large snake entering his vehicle through the fuel tank area.

The man, a farmer in Planaltina, called emergency services to get the officers, along with the Environmental Police Battalion, to have them remove it.

Sergeant Edson Amado of the Military Police Environmental Battalion (BPMA) said the farmer was alerted to the snake by his barking dogs.

“He saw part of the snake entering above the fuel tank and then contacted us,” said Amado.

Amado also added that he believed that the boa constrictor was attracted by the heat of the vehicle’s engine after feeding a few chickens on the farm.

The 6 foot long, 8 pound snake was reportedly lodged between the cap that accesses the fuel pump and the vehicle’s tank.

Officers were forced to remove the back seats of the car to be able to better access the snake, which was not injured and later released into a wooded area in Planaltina.

Naturally, the whole scene was caught on video.

Related: Aussie Man Goes To Grab A Beer From His Fridge, Finds A Massive Python, Calls In A Snake Wrangler To Remove It

One time I found a snake curled up on the engine of my riding lawn mower when I lifted up the hood to put gas in it. It was just a garter snake, but it was enough to freak me the hell out for more than a few minutes.

If I had found something a bigger, more deadly snake, like boa constrictor, hanging out inside my actual car I think I would have had to just burn the vehicle to the ground.

Which would have been easy enough to do in this case, considering where the snake ended up.