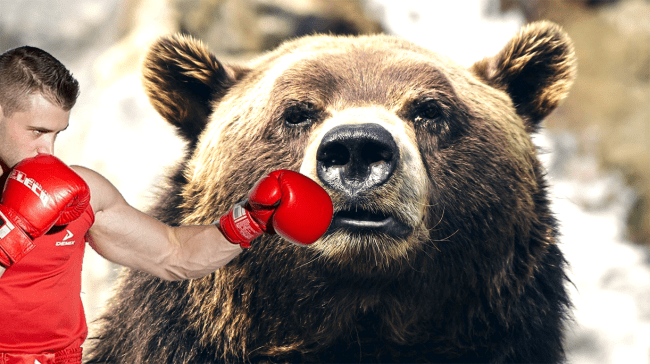 A new poll asking Americans which animals they think they could beat in a fight resulted in some hilarious responses and reactions.

The poll, conducted online by YouGov.com, pitted 34 different animals (counting humans) against one another to determine which animal people think would be the most difficult to beat in a fight.

We showed people seven random pairings of animals from the list and asked them which of the two they thought would win in a fight. Animals are ranked by their “win percentage”, that is, how often Americans thought that animal would win in a head-to-head matchup when it was one of the two animals shown.

The end result is that humans think the elephant and the rhinoceros would be the toughest animals in the kingdom to beat in a fight, regardless of which other animal was their opponent, with a win percentage of 74%.

Crocodiles, alligators, gorillas and polar bears round out the top 10.

The survey you never knew you wanted: which animal would win in a fight?

However, when humans were pitted one-on-one against the animals we didn’t fare nearly as well.

When asked which of the animals humans think they could beat in a fight if unarmed, the only animals we solidly think we can take are the rat (72%), house cat (69%), and a goose (61%).

That’s it. Out of the 33 animal opponents, those are the only three we believed we can beat in a fight over 50% of the time.

What animals do Americans think they could beat in a fight? It doesn't look good for the human race...

And the answers really weren’t that different based on sex. Women were just as likely to have these visions of fighting grandeur.

After *THAT* Serena Williams poll, we thought we might see men overclaiming on their ability to beat up certain animals, but when it comes to the scariest (🐻🦁🦍🐘🐊) male and female responses are about the samehttps://t.co/lFhqKpyCpK pic.twitter.com/JgUZKj5YOK

Reactions to the results of the poll were, of course, classic.

I don’t know what’s worse, the 8% that think they have any chance against a lion, elephant or gorilla or the 31% afraid of a fight with a house cat.

The level of delusion in this country is incredible. 23% of Americans can't get off the couch without using their hands. No way they're washing a large dog in a fight.

I feel like this 30% who is confident in their ability to defeat an eagle is mistaken. This eagle is going to hurt you before you catch its ass. They go for the eyes.

I would fight every one of these animals. I would beat the top two. If the cat wasn't really mad.

People who think they could beat a monkey have never seen a monkey bite a man's face off.