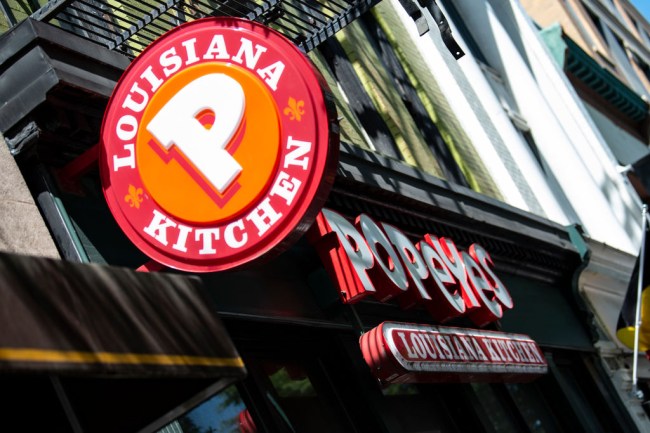 Over the summer, the Popeyes Chicken Sandwich craze became something of a living, breathing meme. Unfortunately, that ironically high demand has now taken a dark turn, as a person in Maryland was stabbed to death during an altercation over the sandwich.

According to Fox 5 DC, the victim — who remains unidentified — was stabbed and killed by an unnamed assailant inside of an Oxon Hill, Maryland Popeyes restaurant “following an altercation over a chicken sandwich.”

Sources tell Fox 5 DC reporter Evan Lambert that the fight broke out after someone cut in line while waiting for the sandwich.

BREAKING: Sources say someone has been stabbed to death over a Popeye's chicken sandwich at the Popeye's in Oxon Hill. We are on our way to learn more. @fox5dc

“A person is dead after a stabbing inside a Prince George’s County Popeyes, according to sources.”

“The incident happened at a Popeyes location in the 6200 block of Livingston Road in Oxon Hill on Monday evening. Sources say the incident began following an altercation over a chicken sandwich.” [via Fox 5 DC]

After first debuting back in early August, the Popeyes Chicken Sandwich received such rave reviews on social media and through word of mouth that it became something of a cultural phenomenon. In fact, the demand was so high that Popeyes was forced to announce that they were experiencing a shortage of chicken sandwiches and were pulling the item from the menu until they could properly restock.

The chicken sandwich then made its highly-anticipated return to Popeyes restaurants across the nation on Sunday, November 3, leading to further frenzied scenes as hungry customers clamored over the fabled fast food item.

At the time of this writing, Popeyes has yet to release an official statement regarding the Prince George’s County stabbing.