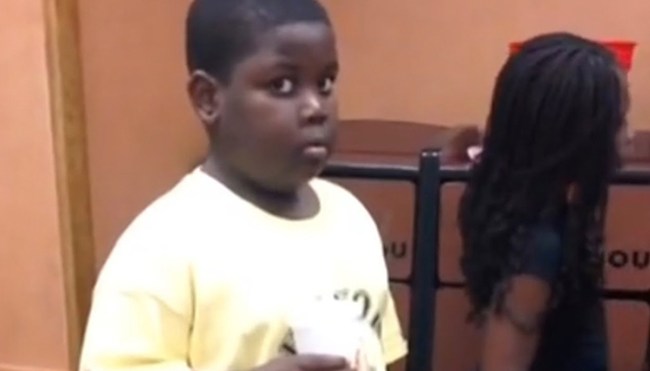 On January 18, 2017, the internet’s glorious Vine Era officially came to an end when Twitter decided to shut down the app that spawned a countless number of classic videos and amazing memes that still litter the internet to this day.

Sure, the platform may have been responsible for the rise of awful personalities like Jake and Logan Paul, but it can be forgiven for that grave sin thanks to the endless amount of entertainment its users were able to devour in the form of videos clocking in at a maximum of six seconds.

Plenty of people rose to viral stardom thanks to Vine, but not all of the people who got a taste of internet fame courtesy of the app were actively attempting to achieve it. That includes Dieunerst Collin, the confused nine-year-old kid who became an iconic reaction GIF after he was confused with actual Vine Star Lil Terio while standing in line at Popeyes.

That video was uploaded in 2013, and now, the internet has been treated to a crippling case of “Want To Feel Olditis” courtesy of Collin, who is a member of the football team at East Orange High School in New Jersey.

On Sunday, Collin helped his squad take home a state championship, and after the game, he reflected on how far he’s come in an A+ “How It Started vs. How’s It Going” tweet that’ll likely make you grapple with your mortality.

After the tweet went viral, Popeyes hopped into his mentions to pay tribute to how far he’s come.

We tend to attract greatness 😌