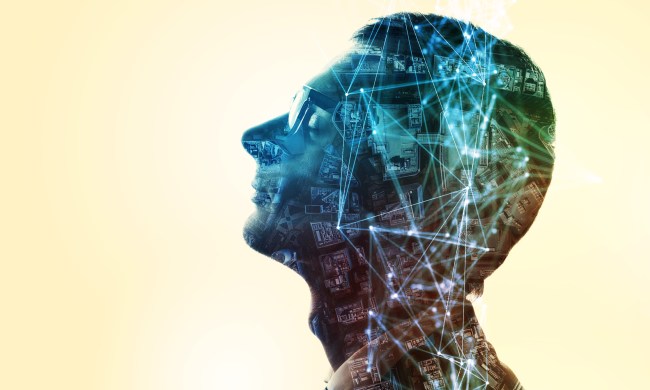 Everyone is searching for the competitive edge.

People have a tendency to get sucked into the fandom of any beverage, pill, cult, or magic bean that they believe is going to make them better, stronger, more creative, and even smarter than what they really are. It’s the reason so many people smoke weed, eat psychedelics or snort cocaine when rolling up their sleeves on a new project. They believe that these substances are somehow going to provide them with a little something-something extra that the alien masters of the universe didn’t give them at birth.

There is no denying that some drugs have an uncanny ability for pulling the brain out of a savage morning funk and tweaking certain untapped chambers that set it on course for greatness. Ahem. Not that we would know or anything.

Yet, for one reason or another, not everyone is keen on using illegal drugs to get the upper hand. These folks might opt instead for brain-improvement magic they can get without a prescription, one that won’t get them in trouble with the law or cause them problems at work. Right now, nootropics is the magic putting the “S” on the chest of Americans. You may have even heard celebrities like Joe Rogan talk about these so called “smart drugs,” and how they make him feel like he has “an extra gear” spinning around inside that bald-ass head of his.

That’s what these supplements are supposed to do. Nootropics are said to improve memory and focus and basically dust away the gobs of cobwebs that we have collecting up there in our skulls.

But these over-the-counter brain pills might not be the smartest choice for us after all, suggests a new study conducted by the Harvard Medical School. Some of them could even be harmful. Researchers found a number of pharmaceutical drugs in these supplements that have not yet been approved by the Food and Drug Administration (FDA). Some of them, the study asserts, could have dangerous interactions with other medications, while others might even cause individuals to spontaneously combust.

Nah, we’re just farting around about the whole bursting into flames thing. That’s not real. But, come on, considering the tripped out events of 2020, nothing would surprise us at this point. I mean, you have to admit that it’s pretty crazy that we’re out here trying to better ourselves with dietary supplements that are potentially jacking us up for years to come. Sweet Jesus, if this study holds any weight, they might as well burn us to a crisp.

Researchers discovered five questionable drugs in these supplements. They found variations of a controversial medication called piracetam as well as others like vinpocetine, phenibut, and picamilon. Some of these pharmaceuticals, all of which remain unapproved in the United States, are reportedly like playing Russian roulette with your health. They have been known to throw people’s blood pressure off-kilter, cause anxiety and depression, reduce kidney function, and wreak havoc on pregnant women In other words, if you are using certain nootropics, you could be taking a huge risk with your overall wellbeing.

And never mind trying to locate these unapproved chemicals on the nutritional labels before buying your next round. They’re probably nowhere to be found, explains lead study author, Dr. Pieter Cohen. He told STAT that “not only did we detect unapproved drugs in these products, we also detected several drugs that were not mentioned on the labels, and we found doses of unapproved drugs that were as much as four times higher than what would be considered a typical dose.” It is important to point out, Cohen says, that some of these drugs in higher doses can have extreme repercussions, including death. “The thing about every compound, regardless of where it comes from, is that too much can kill you,” he told NBC News.

It’s not that the FDA hasn’t tried to put a stop to these shifty practices. Just last year, the agency fired off letters to several manufacturers of cognitive enhancers, warning them not to use these ingredients in their products. But many of these companies have continued to press on, despite there being no real research showing that these unapproved drugs can enhance brain function. But a letter-writing campaign is about as far as the FDA has taken their quest to rid the market of cut-rate nootropics. It has not busted guilty companies or seized any pills believed to cause potential harm. Welcome to America! So I guess this is just a matter of what is more important to brain enhancement users – more perceived mind capacity or functioning kidneys and babies with only one head.

The FDA was nice enough to put together a list of the manufacturers who been caught in the act, and if you’re looking for any particular suggestions of all natural nootropics, Tempo’s F*ck Coffee is a fairly new up-and-comer that’s pretty hard to go wrong with.