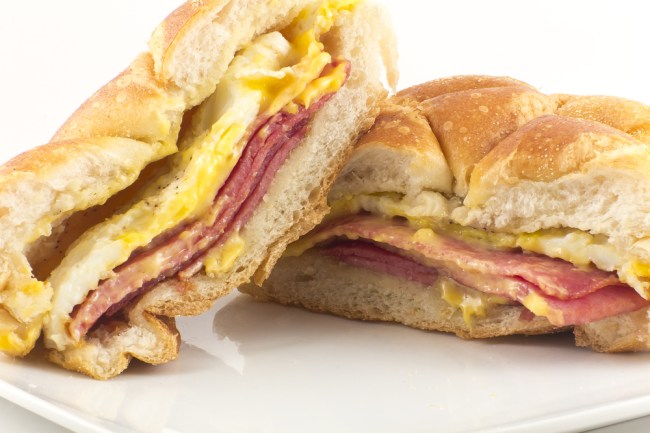 I’ll never forget the time I was first introduced to the enigmatic processed product known as “pork roll (or “Taylor Ham” depending on which part of New Jersey you’re from), the state’s signature mystery meat.

While nursing a vicious hangover after spending a night at a friend’s house where his dad insisted we taste our way through his sizeable scotch collection, I was blessed with the gift of a pork roll breakfast sandwich. My first bite served as a sort of religious experience and made me question my belief that there’s no better cure for heavy drinking than a bacon, egg, and cheese from a deli in New York City.

I’ve come across plenty of articles where people try to explain what pork roll is (I’d say its closest relative is Canadian bacon) I have a policy to not really do too much research about what goes into making any processed meat I eat. The only real way to understand the food to experience it on you’re own.

The breakfast sandwich seems to be the most popular vehicle, but if you’re looking to branch out, then there’s an ice cream shop in Jersey that might be right up your alley. According to NJ.com, Windy Brown Farms has come up with ice cream made with two pounds of Taylor Ham as part of a series paying tribute to the state’s signature foods.

It might sound disgusting, but it seems like the shop has figured out a way to make it palatable:

You chop up and caramelize Taylor ham, pop it in the oven, then pan-fry it, then toss with cinnamon and sugar. Make a maple ice cream with local maple syrup, and mix in pieces of Windy Brow’s homemade challah bread.