Post Malone Says He And Mac Miller Were Going To Make A Joint Album, Talks About Collabo With Eminem 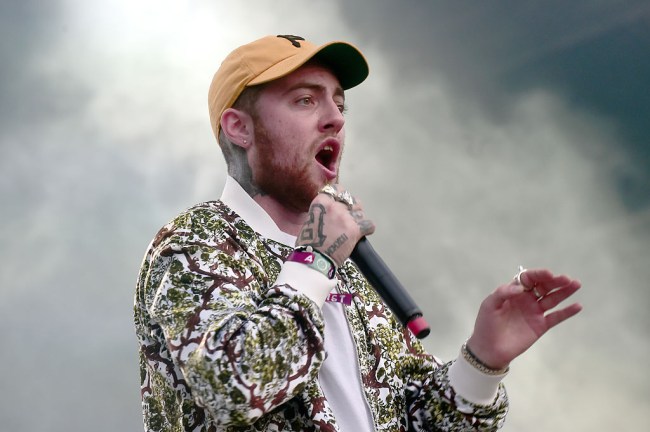 Saturday marked one year since Mac Miller died and the special rapper is still in the hearts and minds of fans and friends. One person who was touched by Mac Miller is Post Malone and on the anniversary of Mac’s death, the beerbongs and bentleys rapper reminisced about the last time he would ever be with Miller.

Post Malone released his new album titled Hollywood’s Bleeding this week and is out promoting the LP that features Ozzy Osbourne and Travis Scott (Listen HERE). Malone gave an interview to Beats 1’s Zane Lowe and talked about his relationship with Mac Miller and how the two talented artists nearly joined forces to create a joint album that would have been tremendous.

“Mac was the first one that tweeted me. It’s so weird because I listened to him since the beginning,” Malone said of his first interaction with Miller. “I was like, ‘Yeah, awesome. This guy’s cool as sh*t.’ Then to be able to meet him and become friends with him was just like, ‘I look up to you, and now we’re sitting here playing beer pong.'”

“We were going to make an album,” Malone revealed in the interview. “We were sitting there playing beer pong and we were like, ‘Let’s make a f*cking album.'”

However, the collaboration album that would have been truly intense never happened because Malcolm James McCormick died on September 7, 2018, from an accidental overdose. “Then we were coming up with names and then it’s so weird too. Because it was like a day, two days after he died,” Post Malone remembers.

Malone then experienced a haunting of sorts after Mac Miller’s death. “We were at an Airbnb in L.A. and all of a sudden the TV turns on, and on the TV and it wouldn’t stop,” Malone said. “We tried disconnecting it and all this. Then we turned it off and then it came back on and I was just like, ‘This is weird. It gives me chills.’ I don’t know. What an incredible, honestly, what a genuine human being.”

“This world is so tough and dark. Life is f*cking hard,” Malone said of Mac’s tragic and premature death.

Also in the interview, Post Malone reveals the possibility for a hip-hop collaboration with Eminem and it sounds promising.

“We’ve talked. Well, we haven’t talked but everybody talked. We had conversations,” Post said. “I mean what legend. This is a new drinking game. Take a shot of Rose, every time I say legend. Not yet. There was a time where, we’re working everything up, but just timing wise. Sometimes they just don’t match up at that time. But there will be a time.”

You can watch the full Beats 1 interview with Post Malone below.