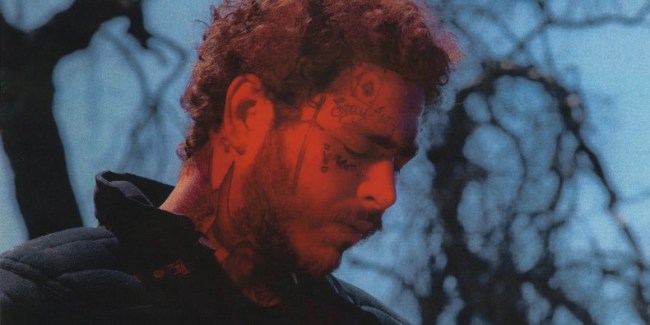 Post Malone released a new album titled Hollywood’s Bleeding and there is one particular track that is opening eyes and ears. On Post Malone’s third studio LP is the song Take What You Want, a collabo with Travis Scott and legendary rocker Ozzy Osbourne.

The surprising collaboration with the iconic Black Sabbath frontman gets even more intriguing because the hook that Ozzy sings in the track is not a sample, but a new original vocal performance by the 70-year-old Prince of Darkness. Osbourne, who has been battling health issues, said Take What You Want is his favorite thing that he’s done since Black Sabbath.

“Ozzy Osbourne, baby. I was in Utah because I had just got off tour. It’s good, right? Ozzy went over to Watt’s house. You’ve talked a lot before. He’s a maniac,” Post Malone said.

“I said, ‘Hey, you know what? Ozzy Osborne’s coming down, we’re going to cut it and I’ll FaceTime you. And you let me know what’s going on.’ We talked and it was like a big deal,” Post Malone continued. “Yeah. Ozzy Osbourne. I think he crushed it.”

RELATED: Ozzy Osbourne Is A ‘Genetic Mutant’ Unlike Anything Scientists Have Ever Seen According To DNA Research

“I mean he was talking to Watt and Watt was telling me he was like this, ‘Yo, this is my favorite that I’ve done since you know, Sabbath and since I started my own, own way.’ I was like, ‘That’s huge.’ I’m like honored. Thank you very much,” Malone said.

This isn’t Post Malone’s fusion of rap and rock music. He performed at this year’s Grammys with Red Hot Chili Peppers and at the 2018 VMAs with Aerosmith.

Malone has released music videos for two new tracks off Hollywood’s Bleeding: Goodbyes and Circles, that has Game of Thrones-looking visuals.

Hollywood’s Bleeding is Post Malone’s followup to his Grammy-nominated beerbongs & bentleys. Post Malone kicks off his Runaway Tour in support of his new LP on September 14th, at Tacoma, Washington’s Tacoma Dome.