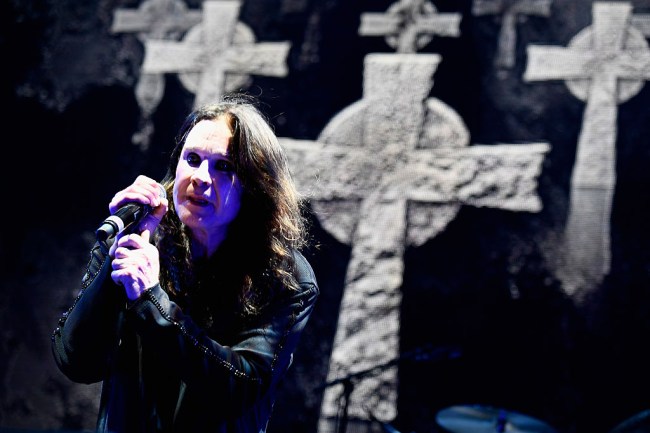 For all intents and purposes, Ozzy Osbourne probably should not be with us today. Whether it was a near-death ATV crash, Parkin Syndrome, a scary manicure, drugs or alcohol, Ozzy Osbourne has defied the odds and beat death. Science has come forward to proclaim that Ozzy Osbourne is a “genetic mutant,” which has allowed the Prince of Darkness to live despite consuming deadly amounts of drugs and alcohol.

Knome Inc., a human genome research company based out of Cambridge, Massachusetts wanted to find out why Ozzy had survived decades of abuse. In 2010, Krome Inc. asked the 70-year-old Black Sabbath rocker if they could examine his DNA to try to figure out what makes Ozzy so special.

Krome Inc.’s research discovered that Ozzy is a “genetic mutant.” Scientists discovered a never-before-seen mutation and not a diet of bat heads that might explain why his body was hardly affected by all of the abuse over the years. Several genetic variations provided Ozzy with protection from extreme and protracted substance abuse. Ozzy truly is one-of-a-kind.

“Ozzy is indeed a genetic mutant,” says Bill Sullivan, a professor of pharmacology and microbiology at the Indiana University School of Medicine in Indianapolis, where he studies infectious disease and genetics.

“A gene is one piece of a puzzle that makes up a picture,” Sullivan writes. “You can’t tell what that picture is going to be solely by looking at one puzzle piece.”

Sullivan, who is an award-winning researcher, teacher, and science communicator, reveals Ozzy’s superhuman powers in his new book Pleased to Meet Me: Genes, Germs and the Curious Forces that Make Us Who We Are.

The book, which debuted earlier this month, explains other questions such as: “Why are you attracted to a certain type? Why are you a morning person? Why do you vote the way you do?” Pleased to Meet Me illustrates how there are “DNA and biological factors that dramatically affect how our genes are expressed.”

As for addiction, Sullivan notes that there are over a dozen genes that have been linked to impulse control. He writes that addiction “has more to do with our DNA than our moral fiber.” Which could be the reason why Ozzy has struggled so mightily in his efforts to get sober.

Even a person’s political leanings are affected by genes according to Sullivan. “People who are politically liberal are more likely to possess a variant of a certain gene, and scientists can predict someone’s political affiliation with 72 percent accuracy by looking at a brain scan,” according to Sullivan’s book. “Conservatives tend to have a bigger amygdala, the part of the brain activated in fearful situations, while liberals often have a larger anterior cingulate cortex, the area involved in analyzing instinctive thoughts.”

“After all these years of thinking we were free agents, we’ve come to realize that most, if not all, of our behavior is not of our own volition,” Sullivan writes.

Now we need to examine Keith Richards’ genetics and combine them with Ozzy’s to create an immortal rock vampire.

RELATED: Sharon Osbourne Drugged Ozzy To Get Him To Confess He Cheating On Her After An Errant Email Exposed Affair