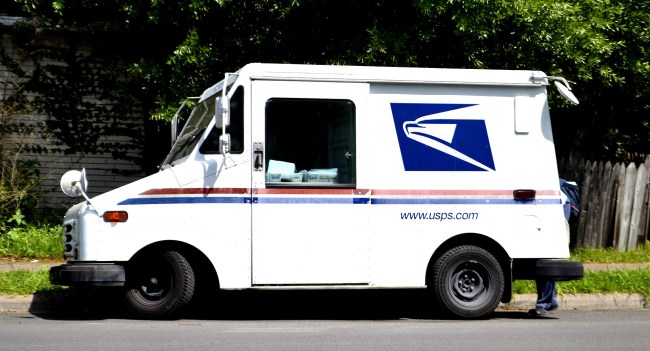 According to documents obtained by Yahoo News, the United States Postal Service (USPS) has been operating a covert program aimed at monitoring the social media activity of American citizens.

The program, being run by the law enforcement arm of the USPS (yes, that is a thing that actually exists, just ask Cosmo Kramer), has been tracking and collecting Americans’ social media posts, and searching for what the documents describe as “inflammatory” messaging.

The operation, run by the United States Postal Inspection Service (USPIS) is named the Internet Covert Operations Program (iCOP) and it has been sharing the social media posts it classifies as “infammatory” with numerous other government agencies.

“Analysts with the United States Postal Inspection Service (USPIS) Internet Covert Operations Program (iCOP) monitored significant activity regarding planned protests occurring internationally and domestically on March 20, 2021,” says the March 16 government bulletin, marked as “law enforcement sensitive” and distributed through the Department of Homeland Security’s fusion centers. “Locations and times have been identified for these protests, which are being distributed online across multiple social media platforms, to include right-wing leaning Parler and Telegram accounts.”

Included in the bulletin, which was distributed to Department of Homeland Security (DHS) fusion centers, are screen captures of posts from Facebook, Parler, Telegram and other social media platforms.

When contacted by Yahoo News, civil liberties experts expressed alarm at the post office’s surveillance program. “It’s a mystery,” said University of Chicago law professor Geoffrey Stone, whom President Barack Obama appointed to review the National Security Agency’s bulk data collection in the wake of the Edward Snowden leaks. “I don’t understand why the government would go to the Postal Service for examining the internet for security issues.”

Stone added, “I just don’t think the Postal Service has the degree of sophistication that you would want if you were dealing with national security issues of this sort.

“Based on the very minimal information that’s available online, it appears that [iCOP] is meant to root out misuse of the postal system by online actors, which doesn’t seem to encompass what’s going on here,” she said. “It’s not at all clear why their mandate would include monitoring of social media that’s unrelated to use of the postal system.”

“If the individuals they’re monitoring are carrying out or planning criminal activity, that should be the purview of the FBI,” she said. “If they’re simply engaging in lawfully protected speech, even if it’s odious or objectionable, then monitoring them on that basis raises serious constitutional concerns.”

The U.S. Postal Inspection Service refused to respond to questions about the program and instead just issued a statement broadly defending its authority.