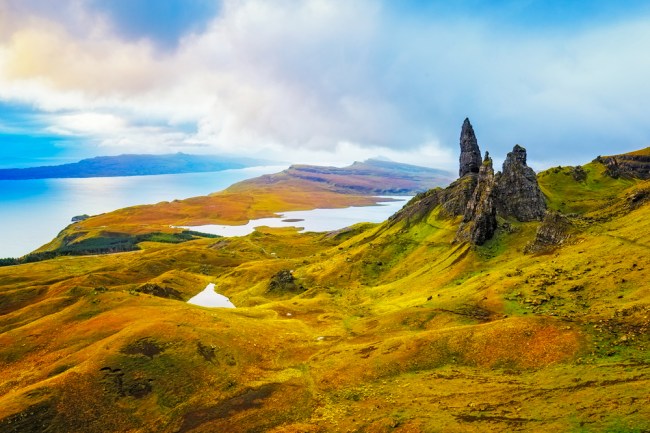 Owning a private island is the ultimate symbol of having ‘made it’ in life. It’s like owning a 200-foot yacht or a private jet. Only, in a lot of instances, you can actually purchase a private island for the same amount that you’d spend on a house. Case in point, this 65-acre island in Scotland which has been uninhabited since 1934 which you can purchase for $325K, cheaper than an apartment in all of Manhattan.

The island is named Linga, and you can find it on the west side of Shetland in the Vaila Sound. While this island is definitely remote, one insider said that it’s not so remote that you’d ever have problems getting there.

There are two cottages on the island which have fallen into disarray. After all, nobody’s lived on the island since 1934. So whoever purchases Linga Island will need to also invest in some shelter. That, or you can easily turn it into a badass soccer field because the grassy portion of the island does appear to be relatively flat.

If you are in the market for a private island but aren’t sure if Linga Island is the one for you then you can rent the island out for $100/night according to Food and Wine. Which sounds like a pretty dope location for a bachelor party camping trip even if you aren’t planning on buying a private island.

Most people think of tropical islands when they conjure up images of buying a private island but I have to admit that this is much more my style. Being able to fish right off the side of your island sounds glorious. You could install 3 or 4 golf holes on there. Really, the sky is the limit for what you could do with this island.

If you are at all interested in learning more about Linga Island you can CLICK HERE to see the full real estate listing.