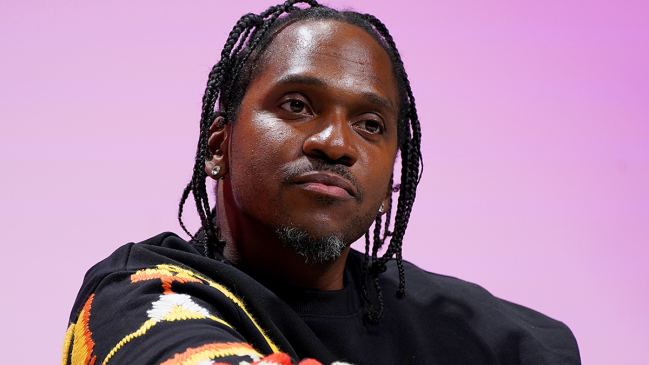 It’s been a big year for Pusha T, who released a more than worthy followup to 2018’s Daytona in April with It’s Almost Dry, the record where Pharrell Williams and Kanye West split production duties while creating an Album of the Year contender featuring collaborations with Jay-Z and Kid Cudi as well as The Clipse reunion that features his brother Malice on a haunting closing track.

The legendary Virginia Beach M.C. has also found himself at the center of some stories most people probably didn’t have on their 2022 Bingo Card.

At the start of September, Ukraine’s Ministry of Defense quoted “Numbers on the Board” in a tweet highlighting the Russian casualties its forces have been able to inflict since the start of the invasion, and in March, the rapper who once used a diss record to accuse Drake of hiding his own son from the world teamed up with Arby’s to take aim at McDonald’s in a track where he absolutely ethered the Filet-O-Fish.

However, it appears he hasn’t put his beef with the Golden Arches behind him.

The only thing more absurd than the fact that Pusha T has released multiple songs devoted to lyrically dismantling a fast food sandwich in less than a year is that both of those tracks can be accurately described as “MULTIPLE FLAME EMOJIS” based on how genuinely fire they are.

Sure, it may be a shameless marketing stunt, but you have to respect the end result because Pusha went in on Mickey D’s yet again at the expense of the McRib in the aptly dubbed “Rib Roast” that dropped on Tuesday.

If any of the apparel in that video caught your eye, then I’m happy to report you can actually buy some pieces from the Pusha T x Arby’s collection that dropped in conjunction, which includes a t-shirt, jacket, and a bolo tie shaped like a rib sandwich. 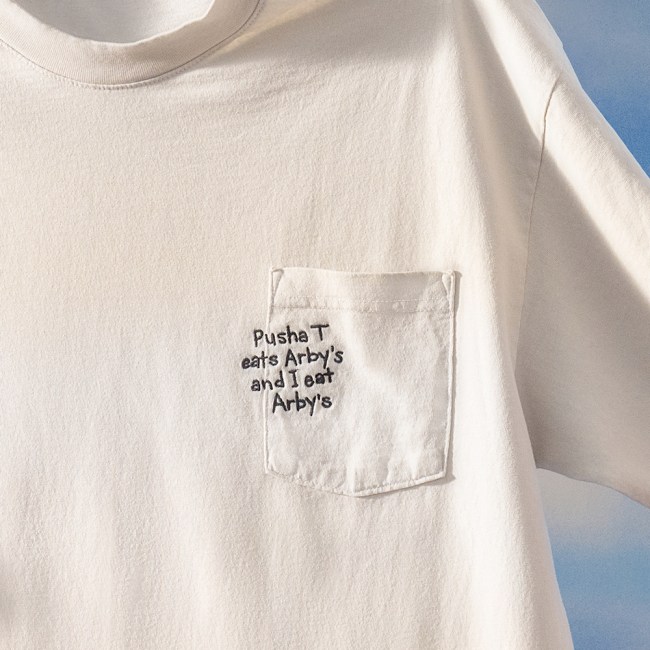 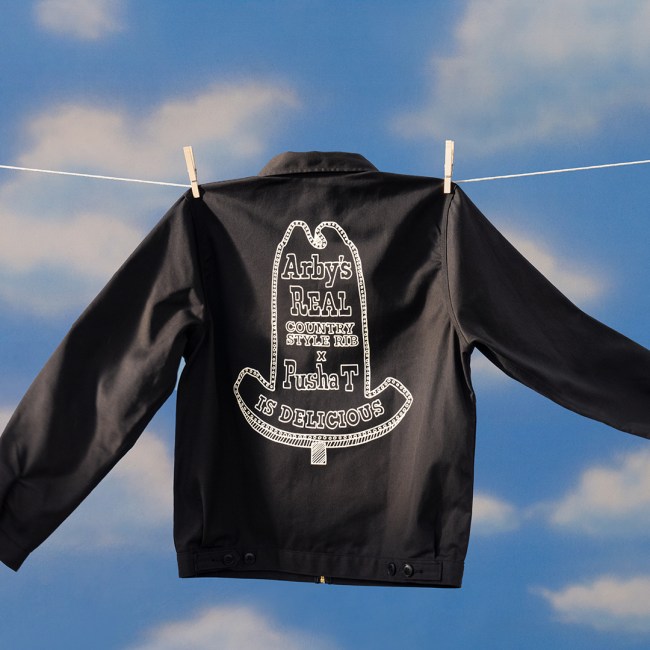 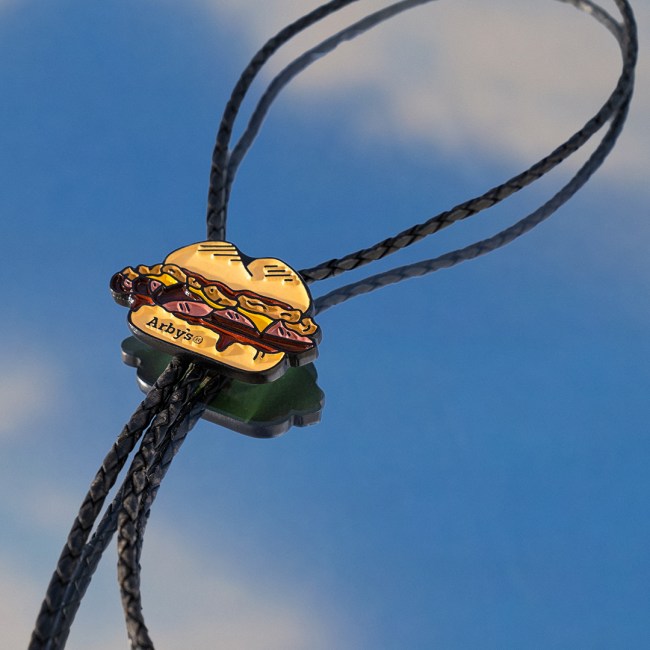