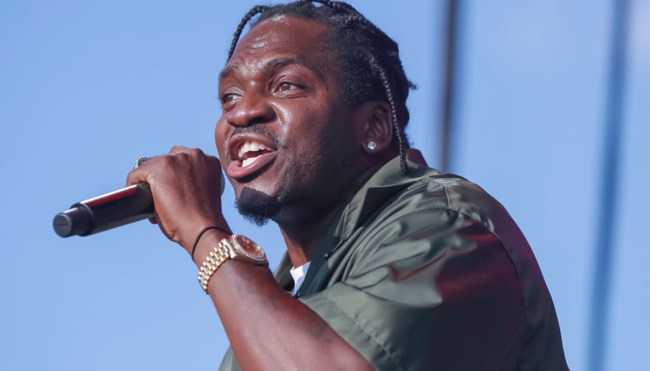 One of my favorite pieces of hip-hop trivia involves Pusha T, the man who initially made a name for himself as one half of Clipse before releasing a string of classic solo albums that almost exclusively revolve around his exploits as a veteran cocaine dealer.

Given his reputation, you may be surprised to learn the prolific coke rapper who once dubbed himself “the L. Ron Hubbard of the Cupboard” also had a hand in creating one of the most recognizable fast food jingles of all time; in 2003, Pusha was working with Justin Timberlake when the two of them teamed up for a McDonald’s jingle that spawned the now-iconic “I’m Lovin It” catchphrase.

A few years ago, the rapper revealed he received a flat fee of $500,000 for his contributions, which seems pretty solid until you consider Timberlake raked in a cool $6 million.

However, he apparently learned from his mistakes, as King Push also said he’s secured a steady stream of revenue since helping dream up the “We Have The Meats” slogan that closes out the Arby’s commercials that also harness a snippet from a song he was featured on in 2014.

Now, Pusha has taken his relationship with Arby’s to the next level by kicking off a Surgical Spring at the expense of the Filet-O-Fish, as the McDonald’s sandwich is the target of an absolutely brutal diss track that dropped on Monday.

Push alluded to the diss track that made Drake publically acknowledge the existence of his son while discussing the newest one in an interview with Rolling Stone, saying, “We had a good time that, but I’m over it. I’m the first-ever fish sandwich diss ever, and I should go down in history for that.”