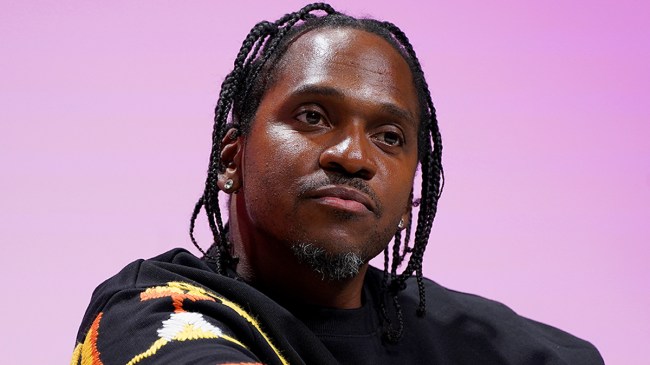 It’s been a fairly busy year for Pusha T, who dropped an A.O.T.Y. contender in April in the form of the stellar It’s Almost Dry, solidified the Clipse reunion that closed out the record when he performed alongside his brother No Malice at the Something in the Water festival, and even found the time to record a McDonald’s diss track on the behalf of Arby’s.

Now, it would seem a track featuring the L. Ron Hubbard of the cupboard verbally dissecting the Filet-O-Fish and the Golden Arches on behalf of a rival fast food chain would be the weirdest Pusha T-related development we’d be treated to over the course of 2022.

However, that’s arguably not the case thanks to what unfolded on Wednesday.

It’s been more than six months since Russia dispatched its military into Ukraine in a conflict that did not pan out as Vladimir Putin intended thanks to the hundreds of thousands of citizens who took up arms and have made life very miserable for their invading foes.

Over that span, Ukraine’s Ministry of Defense has been keeping a running tally of the various losses Russia has suffered at the hands of its defending forces. On Wednesday, it tweeted out a graphic listing some of the casualties the country has claimed responsibility for and highlighted the totals with the caption “I put numbers on the board, “a reference to a song of the same name that appeared on 2013’s My Name Is My Name.

"I put numbers on the boards."@PUSHA_T

Total combat losses of the enemy from Feb 24 to Sep 7: pic.twitter.com/mUC5NnLcpy

It didn’t take very long for the tweet to come to King Push’s attention, and it appears cocaine’s Dr. Seuss appreciated the reference based on his response.

Great taste in music for the win… https://t.co/GKG2V6Jc4S

We truly live in the strangest of times.