Quentin Tarantino Says That He Has An Idea For ‘Kill Bill 3’, Which Is ‘Definitely In The Cards’ 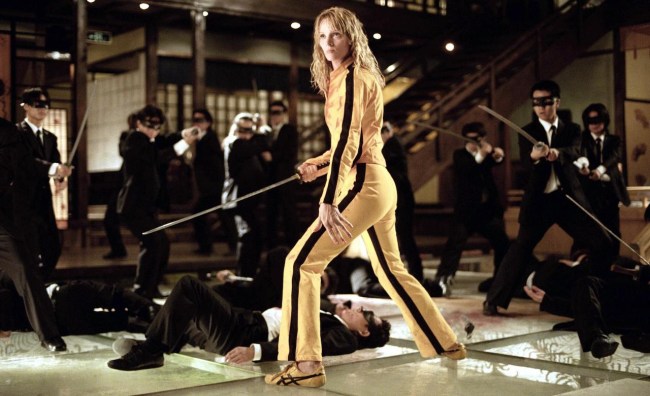 During the lead up to the release of Once Upon A Time In Hollywood earlier this summer, acclaimed director Quentin Tarantino made sure that everyone and anyone knew that the legendary auteur may be nearing his end.

Despite being just 56-years-old, the reason that Tarantino may be nearing the end of his filmmaking career is due to a seemingly self-imposed ten film limit. And with the release of Once Upon A Time In Hollywood — which should rack up the wins during awards season, particularly for Best Supporting Actor — the beloved filmmaker now finds himself just one movie away from that “final” tenth film.

Now, Tarantino has been coy about this in the months since, as he’s suggested that helming an R-rated version of Star Trek, which has been rumored for some time now, would not count as one of his ten films.

Still, it’s led fans to speculate that if Tarantino is dead serious about retiring after his tenth directorial effort, what project would he take on for his final outing? And according to the man himself, that project could potentially be a third installment in the Kill Bill series.

Speaking on Andy Cohen Live on Sirius XM, Tarantino revealed that he not only has an idea for the film but that it’s “definitely in the cards”.

Well I do have an idea of what I would do. That was the whole thing, conquering that concept… exactly what’s happened to the bride since then, and what do I want to do. Because I wouldn’t want to just come up with some cockamamie adventure – she doesn’t deserve that. The Bride has fought long and hard. Now I have an idea that actually could be interesting – I wouldn’t do it for a little bit though… It would be like at least three years from now or something like that. But look, it is definitely in the cards,” Tarantino said.

Either way, regardless of what he ends up doing next, fans can take solace in knowing that while the director may be toying with the idea of retiring from film, he’s expressed interest in continuing to create content for other mediums such as television.