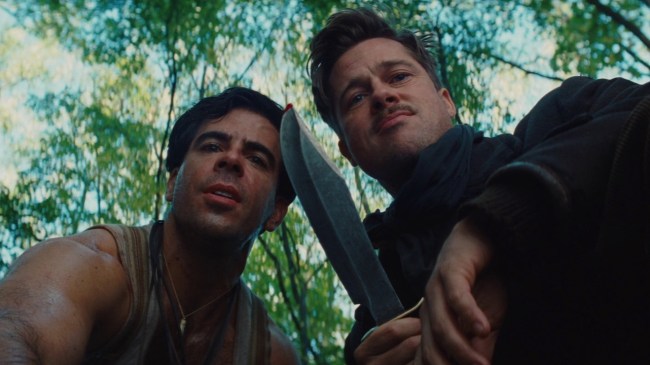 With the release of Once Upon A Time In Hollywood, Quentin Tarantino is now just one film away from his self-imposed 10 film limit.

For longer than I care to remember, Tarantino has said he only plans on making 10 movies before calling it quits, and to the dismay of his many fans, his position on the subject hasn’t seemed to change in recent years.

However, Tarantino — who’s known for his semantic ability — has given himself plenty of wiggle room to keep on creating art, even if that art might not be a traditional feature film.

Speaking exclusively to CinemaBlend, acclaimed cinematographer and frequent Tarantino collaborator Robert Richardson said that he thinks that it is “highly possible” that Tarantino will one day make the jump to Netflix:

“I think he’s going to be able to hang it up [after 10 films]. I think that the process of hanging up is going to be a little different than people anticipate. I do believe that what’s going to happen, in my own mind, is that he’ll probably… I do believe he’ll make number 10, whatever that might be, but I think that following number 10, he may not want to make films the way he’s making films. But he may want to create in a different media. ”

“For example, let us just take the possibility that Quentin decides to shoot a film with Netflix. That Netflix film, which will be a series, could be 10 hours long. Could be 15 hours long. But it’s Quentin Tarantino, telling a story. I think that’s highly possible. I think theater is highly possible, and I think writing books is highly possible. But I don’t think this is the end of Quentin with moving images. I just think it will probably move him away from making films beyond the next one, which he says is his last.” [CinemaBlend]

Truth be told, there is arguably no mainstream director out there who’s a better fit for Netflix, as Tarantino is known for his lengthy runtimes.  For example, both of Kill Bill films combined clock in at over 4 hours.

Similarly, the director’s cut of The Hateful Eight runs for three-and-a-half hours. So, naturally, Tarantino seems as though he’d have no problem making a 10-hour series or something of the like.