Remember Racist Karen Who Angrily Threw Her Dog At A Guy? He Kept The Dog And Has An Update About Its Condition 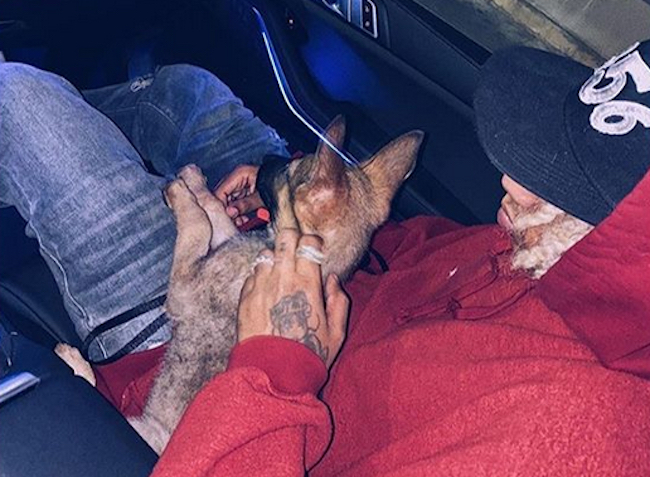 Late last week, a totally insane and racist “Karen” got angry when confronted by a stranger about the way she was holding her dog.

A video of the incident was posted to Twitter by @Mulaflare. He was on the receiving end of the attack.

When the video starts, the two are already arguing, with the woman aggressively walking towards the man. She is using one arm to hold a dog.

The woman appears to be either drunk or heavily medicated.

“Why you holding the dog like that?” the man asks her.

Then things get crazy.

Idk what’s goin on but I got a new dog pic.twitter.com/noLZKNYO6d

Well, the guy kept the dog, and the pup seems to be in much better hands.

A new Instagram photo and series of stories on Mulaflare’s account show the pup is under the care of the guy who rescued him.

The dog has even been renamed Movie.

A friend filming an update called the young man a “true hero.”

“Look at how happy she is,” the friend says. “Look at that tail.”

In another video, @mulaflare is giving the pup a bath.

According to the Daily Dot, @mulaflare also set up a GoFundMe with the initial goal of $3,000 to take care of the puppy’s immediate needs.

Because of the viral video, and people wanting to ensure the puppy has a high-quality life, the fundraiser was fully secured in less than eight hours. The user also started an Instagram account for Movie, where she has already amassed over 150,000 followers.