I Just Found Out Ralphie From ‘A Christmas Story’ Is In ‘Elf’ And How Did I Not Notice It Sooner? 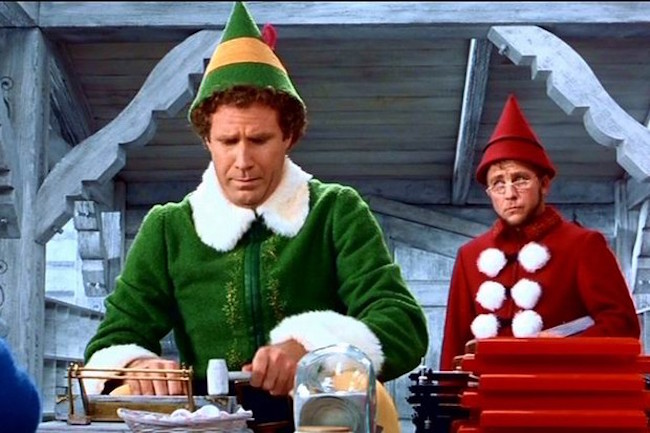 Based on the number of articles on the internet dedicated to the topic, I know I’m far from the only person who’s a little too interested in what the prepubescent movie and television stars I grew up with are doing with their lives now.

We currently live in the world where the kid from the Wonder Years is directing episodes of It’s Always Sunny and Amanda Bynes is still trying to make a comeback after penning one of the most aggressive tweets of all time.

While plenty of child actors have self-imploded in a spectacular fashion, most of them eventually just fade away, going on to pursue other interests or resigning themselves to a life of bit parts in procedural dramas and television movies.

There aren’t many things in life more satisfying than successfully identifying an actor you could have sworn you recognized from something else and I take great pride in my ability to do so.

However, there’s apparently one that I’ve been missing all of these years.

A couple of weeks ago, my good friend Cool Dude Bro took the time to put together a hilarious one-minute recap of A Christmas Story, which I’ve seen more times than I can count.

I’ve never really thought about what happened to the kid who played Ralphie and had always kind of assumed he grew up and became a dentist somewhere in the Midwest.

However, I recently learned just how wrong I was.

Ralphie was played by Peter Billingsley, who would eventually shift his attention behind the camera and got back into the Christmas movie game when he signed on to be a producer on Elf.

I recently discovered after stumbling across a tweet, he actually made an appearance on camera prior to Buddy’s departure from the North Pole as an elf named Ming, who was presumably responsible for overseeing the production of BB guns.

Today, at approximately 11:19 AM, my life changed forever when I found out this dude from Elf was also Ralphie from A Christmas Story pic.twitter.com/kBVj4fE2RV

Billingsly’s other credits include being an executive producer on the first Iron Man (in which he also had a small role) so I guess he’s doing better for himself than most former child stars can say.