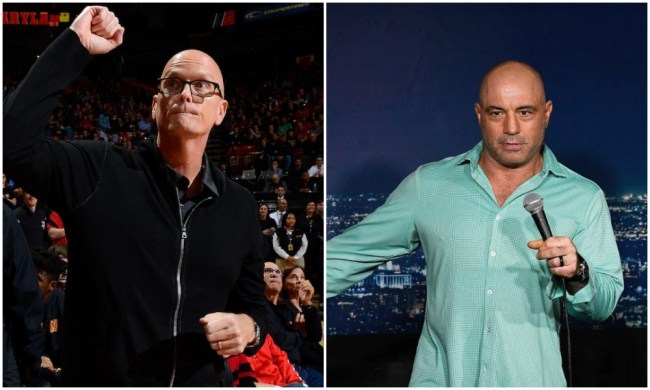 We need them more than we ever give them credit for. We are all going to be faced with the challenge at some point in our life on whether to go bald or not. Do you let the hairline hang on for as long as possible or do you bust out the clippers, face the music and get the bald cheap shots from your friends over with? With absolutely nothing to do on what I believe is day 64 of this quarantine, I decided to take some time to acknowledge the people in the world that make being bald not so bad after all.

The man has been dominating the host game for years now with some unmatched swagger out of the ESPN world. He has owned the bald look for years now and has never looked back and is a true icon in the balding world.

Well, to be honest, I don’t really have much cool shit to say about Bezos. He is just filthy rich so it kind of felt weird to leave him off the list. There ya go Jeff, from me to you bud, enjoy the No. 4 slot.

I truly believe that if MJ had hair he wouldn’t have been as strong of a shooter as he was for the Bulls. I just don’t see him being able to slam a dunk home from the free-throw line with hair in his eyes. Imagine Jordan going full Steve Nash mode from the charity stripe having to tuck his hair out of his eyes after each free throw? I just don’t see it, MJ is an inspiration in the bald community and someone we are thrilled to have on our side.

Do I really have to plead my case for the big fella on this one? Not sure how long Johnson has been bald, but man am I happy he is. The heart and soul to the bald or balding community. Again, I think I should be allowed to move on without having to plead my case for The Rock. I mean, he Is The Rock after all.

Yea I said it, don’t @ me, please. Has a knockout ever sounded better than when Rogan is calling it? You want to talk about an All American, let’s talk about an All American. How many guys do you know can go from a host on ‘Fear Factor’ (highly underrated show by the way) to a stand-up comic to the most powerful podcaster in the world, to the greatest UFC commentator of all time? Rogan has been a HUGE win for the balding community and a guy that we can get behind.

God damn, am I fucking bored.