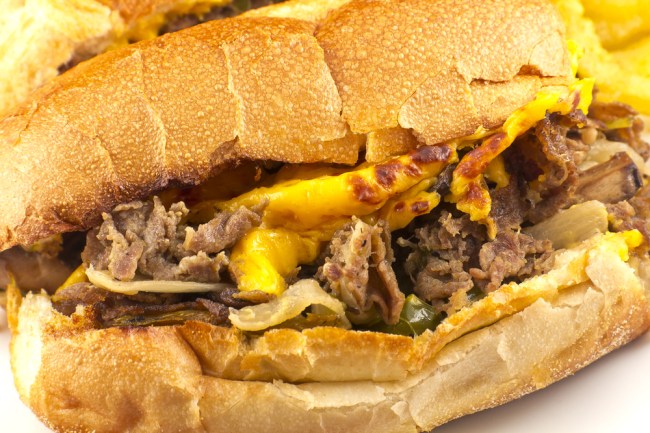 Growing up in Florida, I was pretty sheltered from the vitriol with which people defend their favorite Philly cheesesteak. My first trip to the City of Brotherly Love was while visiting a buddy at U.Penn’s ‘Spring Fling’ in college. We went to Pat’s because my buddy’s roommate was from the area and grew up eating Pat’s. I won’t put into words his thoughts on Geno’s because you bros are dignified and I don’t want to subject you to that language.

I genuinely have no idea what the best cheesesteak in Philly is because I’ve only eaten from a handful of different shops (Pat’s, Jim’s, Tony Luke’s, and Sonny’s). I’m guessing that there are few people out there who have actually put in the time to sample all of the supposed ‘best’ Philly cheesesteaks because people are so quick to make up their mind about which cheesesteak’s the best and they defend that to the grave. I’ve got cousins in Philly who have been eating the same cheesesteak for years without ever trying another.

So which was the best? Here’s how it finished: #3 Woodrow’s, #2, John’s Roast Pork, and coming in at #1 as the single best cheesesteak in the great city of Philadelphia was Tony Luke’s. I’m sure this will be a divisive choice but I’m curious to hear what you bros think.