The World’s Worst Millennial Went On An Insane, Expletive-Filled Rant While Getting Kicked Off A JetBlue Flight 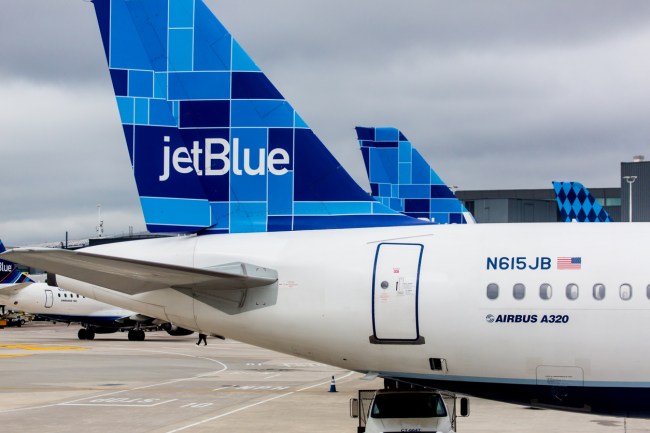 During my junior year of college, my buddies and I decided to spend our spring break down in Ft. Lauderdale, where we wasted our days drinking on the beach and our nights also drinking in a karaoke bar near the place we were crashing.

We became friends with the owner over the course of our short stay, and on the last night, he announced last call but told us to stay behind before going to lock the doors and popping the spout off of a full bottle of whiskey and slamming it on the bar for our consumption.

This would have been a fantastic development if it wasn’t for the fact that it was 2 AM and we still had to pack and catch a flight around sunrise. Of course, those minor details weren’t going to stop a bunch of college kids from passing up the opportunity to treat themselves to a free fifth.

We somehow made it onto the flight and back home without any incident and like to think we were very well-behaved the entire time. However, the same can’t be said for a woman who was captured on video going on an impressively insane rant while being kicked off a flight while trying (and failing) to leave the city.

You’re probably going to have a lot of questions after watching this clip and I regret to inform you I probably don’t have the answers you’re looking for. What I do know, however, is that if you’re looking for the worst millennial to ever exist you might have just found them in the form of this woman.

We had a crazy chick get thrown off our plane here in Fort Lauderdale. @JetBlue pic.twitter.com/56bdUGpHE3

I personally don’t know how we ever lived in a world where we didn’t have virtually instant access to videos of unhinged people spitting on their fellow passengers to increase their chance of their on-flight freakout going viral.